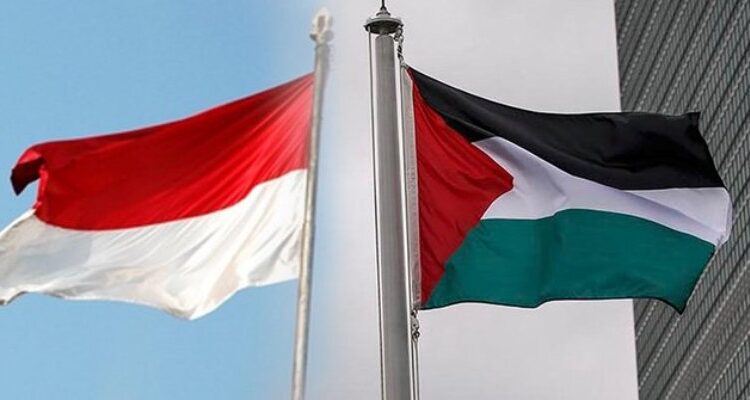 Indonesia still provides support and prayers for Palestine, Indonesian Foreign Minister Retno Marsudi in the opportunity of an extraordinary meeting of the Islamic Cooperation Organization (OIC) in a virtual manner, said that the OIC would meet again to discuss the same issue, namely aggression against Palestine. The extraordinary meeting was held specifically to discuss the current situation between Palestine and Israel.

Retno said, We all must not forget that Palestine is the only country still occupied by colonial powers in the world. All Palestinian suffering is caused by Israel, which is occupying power . Indonesia also strongly condemns all actions taken by Israel. He also said that for the umpteenth time, the OIC must meet again to discuss the same issue, namely Israeli aggression against Palestine. S ince the OIC was established, the country’s commitment OKI never faded and continued to be rtekad for joint Palestinians in fighting for their rights.

In addition, the Foreign Minister has also urged the UN Security Council to take action. It should be noted that 15 countries, namely China, France, Russia, Britain and the United States, are occupied by 15 countries, as permanent members. Meanwhile, Estonia, India, Ireland, Kenya, Mexico, Niger, Norway, Saint Vincent and the Gredanides, Tunisia and Vietnam are non-permanent members. As is known, the conflict between parties from Palestine and Israel has been heating up since the resistance started on Monday, May 10. Where 120 civilians have died since the start of the violence. 113 of them are Palestinians and 7 are Israelis.

Syaikhu emphasized that the government’s efforts could be executed by giving encouragement to the Organization of the Islamic Conference (OIC) to immediately hold a meeting on the current Palestinian issue. He said that until now PKS had only been making efforts to raise prayers and support, besides that he stated that PKS was doing optimal assistance related to diplomacy. Syaikhu hopes that in the future many elements of the nation will be moved to give and support because this is a matter of humanity.

Meanwhile, Deputy Chairperson of the PKS faction DPR RI Sukamta also strengthened the proactive stance taken by PKS in helping the struggle for Palestinian independence. On a different occasion, Chairman of the Overseas Development and Development Agency of the DPP Prosperous Justice Party (PKS) Sukamta expressed his support for the Indonesian Government which voiced liberation of Palestine from colonialism carried out by Israel.

Previously, Foreign Minister Retno Marsudi also explicitly stated that there was no normalization of diplomatic relations between Indonesia and Israel. This was conveyed by Retno in the occasion of the annual press statement. The woman born in Semarang said that Indonesia would continue to provide support for Palestinian independence based on a two-state solution and based on agreed international parameters.

The real form of support for Palestine, according to Retno, was evidenced by the telephone conversation between President Joko Widodo and P resident Mahmoud Abbas on December 16, 2020. At that time, Jokowi emphasized that Indonesia had no intention of opening diplomatic relations with Israel. The crimes committed by Israel are crimes against humanity, the government and all elements of the nation in Indonesia should support independence for Palestine so that people in that country can carry out activities and worship in peace.

) * The author is a student of the Islamic University of Bandung

Supporting the Release of KPK Employees Not Passing TWK