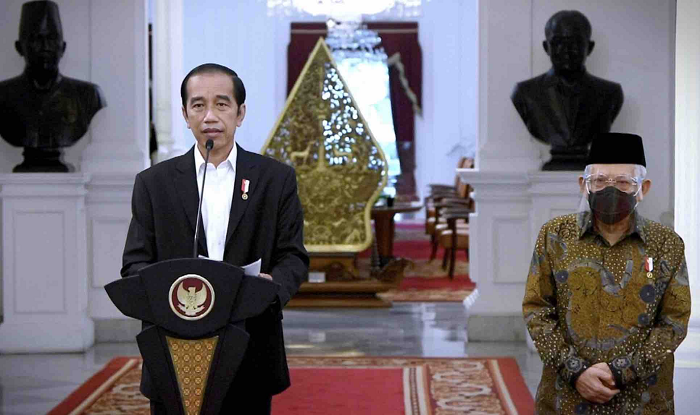 Israel again attacked Palestine and they cruelly fired bullets, so that more than 100 people became victims. The Israeli atrocities were immediately criticized by all leaders of other countries, including President Jokowi. He criticized Israel and urged the United Nations to act decisively to deal with this issue.

When the Palestinian people were attacked by Israeli soldiers, President Jokowi immediately reacted strongly. He emphasized that Indonesia will continue to be with Palestine and condemn the atrocities that exist there. Also encouraging the UN Security Council to immediately deploy its troops and mediate the conflict, so that there is no prolonged war.

The attacks on Palestine were heartbreaking because they first attacked the mosque compound, and the destruction of houses of worship was a very harsh violation of human rights. Second, victims of violence by Israeli soldiers are on average women and children, so that those who are innocent have even lost their lives and were martyred.

President Jokowi directly contacted several world leaders, such as the President of Turkey, Recep Tayyip Erdogan, Singapore PM Lee Hsien Loong, Sultan of Brunei Darussalam Hassanal Bolkiah and PM Malaysia Muhyiddin Yassin. The purpose of this telephone hearing is to discuss the problem of conflict between Israel and Palestine, so that immediately there is a solution to reduce the suffering of the Palestinian people.

In his discussion, President Jokowi discussed the situation of Palestinian civilians in the Gaza channel. The President asked that aggression against Palestine be stopped. Because this attack has collapsed buildings and housing residents, so that 10,000 residents in Gaza fled to a safe place.

President Jokowi has criticized Israel’s attack on Palestine because they did it not once, but many times. Conflict due to seizure of this area is protracted, but there is no solution to end it. So that the Palestinian people will become victims.

Indonesia not only helps morally but also materially. Financial assistance will also be provided to reduce the suffering of the Palestinian people. So that they can survive and no longer have trouble because their property was destroyed by a bomb when there was an attack by the Israeli army.

After pressure from President Jokowi, finally the Secretary General of the United Nations, Antonio Guiterres, spoke up. He considered that the attack on the Gaza strip violated international law. He was also disappointed that many of the victims were civilians, and most of them were innocent children.

When the UN reacts, then Israel considers a ceasefire. Moreover, the Israeli government is opposed by many parties, from Indonesia and many other countries, to the people themselves. Those who still have hearts, also do not agree with the atrocities of the Israeli army and condemn the expulsion of Palestinians on the border.

This success is certainly a relief because there is hope of ending the attacks on the Palestinian population. Hopefully this is the end to end the conflict and save the Palestinians. Due to the fact, Palestine was officially independent and recognized by the international community in 1988. No more attacks that triggered the mode of occupation.

Why would UN Secretary General Antoni o Guterres want to hear Indonesia’s voice? Because currently Indonesia is a member of the UN Security Council, so its position is influential in the international world. If the Indonesian government presses, there will also be support from other countries, so that the BBP can take a firm stance to end the problems in Palestine.

When Israel attacked Palestine openly, the Indonesian government immediately criticized and urged the UN to act immediately to mediate this conflict. Indonesia has succeeded in becoming a peacemaker and the government is trying to save the Palestinian people in modern diplomacy.

The Papuan Separatist Group that Spreads Hoax Deserves to be Eradicated