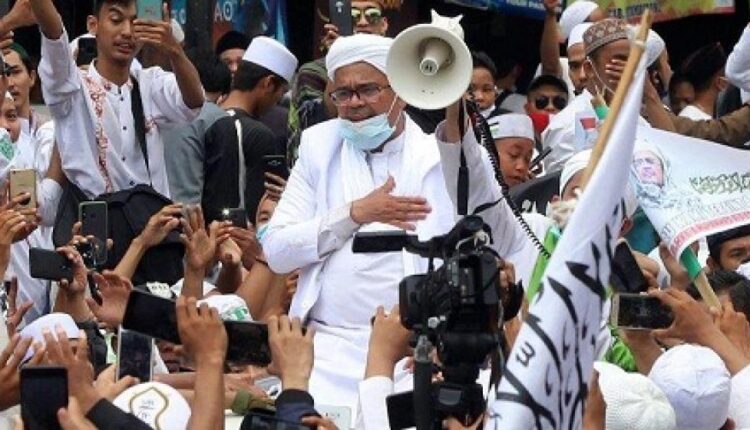 Again, FPI throws tantrums. This time they will demonstrate in front of the State Palace, December 18, 2020. This demonstration was held because they demanded that Rizieq Shihab be released. Even though holding a demonstration during the Covid-19 pandemic is very prohibited, because it is feared that it could cause a new corona cluster.

The throwing of Rizieq Shihab into prison made a scene, because he finally wanted to surrender. After previously hiding from the summons of Polda Metro Jaya. The FPI commander was caught in 2 cases at once, namely a violation of health protocols due to deliberately creating a crowd, and a speech containing hate speech.

FPI members were auto emotional and didn’t accept it when their favorite commander was imprisoned. They will occupy the State Palace, Friday, December 18, 2020. The goal is that Rizieq Shihab will be released immediately and ask for the investigation of the shootout case between the apparatus and 6 FPI soldiers.

FPI Spokesperson Slamet Maarif revealed that the demonstration would also be followed by other mass organizations, which are affiliated with FPI. They have sent a demonstration notification letter to the police. However, it is not certain how many people will protest. It is estimated that this action will be followed by hundreds of FPI members and other mass organizations.

Even though they have submitted a notification letter to the police, it is certain that the FPI demonstration will not get permission. First, they asked to release Rizieq Shihab even though he was clearly guilty. The state will never issue it prematurely, when the FPI commander has not been accountable for his actions.

Second, the demonstration in front of the state palace clearly violated health protocols, namely physical distancing. Because it is estimated that hundreds or even thousands of people will come to the front of the State Palace and hold a long march together, as a sign of solidarity. So it will be very difficult to keep your distance in the crowd.

Even though they have used masks, the demonstration is still dangerous. Because the demonstration was very tiring and made breathless, FPI members tended to put down their masks. When the mask is opened it is very dangerous, because it could be that among the demonstrators there is an OTG that transmits the corona via droplets.

FPI did not predict the existence of this OTG. Because they did not show any symptoms, but when tested for rapid or swab, the results were positive for Covid. Moreover, according to WHO research, corona can be transmitted through stuffy air, such as during a demonstration. So that the demonstration that gathers the masses can create a new covid-19 cluster.

Did FPI not reflect on the events in Petamburan and Bogor? When a crowd arrived because they wanted to meet Rzieq Shihab, it turned out that it gave rise to a new corona cluster. As many as 80 people tested positive for the covid-19 virus, after being tested by health workers.

Don’t even be desperate to demonstrate because you want to defend Rizieq Shihab, but instead lose your life because you contracted the corona. Protesting during a pandemic is like going into a lion’s den. Already know it is dangerous but still trying to do it too. Donkeys don’t want to fall into the same hole.

Do not be stubborn and ignore health protocols and be determined to protest. Have FPI members never read the news when many hospitals in Jakarta and other areas are always full because of corona patients? Appreciate the health workers who work hard there and sacrifice their own safety, by canceling the demonstration.

As a good citizen, expressing aspirations is fine. But don’t defend someone who’s clearly at fault. In addition, we must adhere to health protocols, especially maintaining distance. Because following actual protocols for the safety of yourself and your family at home.

ICF: The Active Role of Media Amid the Pandemic