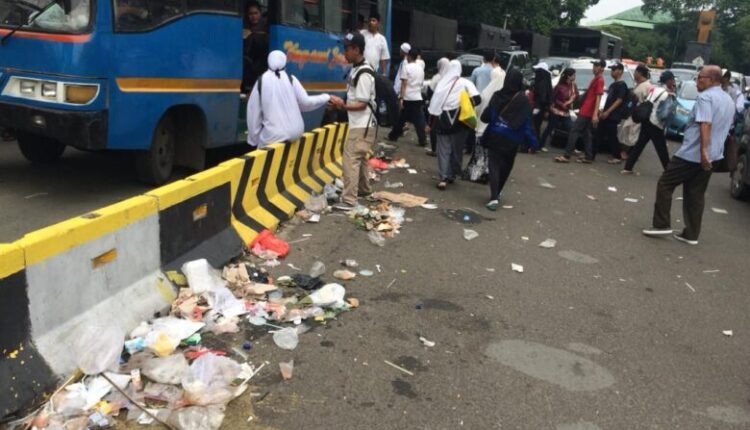 The 411 Reunion plan initiated by the Alumni Brotherhood (PA) 212 deserves to be strongly rejected because the issues presented are actually completely irrelevant. PA 212 action needs to be rejected because it will only interfere with community activities.

PA 212 and other Islamic groups who are members of the National People’s Defenders Movement (GNPR) plan to hold a reunion of Action 411 in front of the State Palace, on Friday, November 4, 2022.

For information, the demonstration entitled Action 411 was originally held on November 4, 2016. The demonstration was the aftermath of the blasphemy action carried out by the then Governor of DKI Jakarta, Basuki Tjahaja Purnama alias Ahok when he delivered a statement regarding Surat Al-Maidah.

Action 411 was led by GNPF MUI together with FPI and other Islamic organizations. After that, the follow-up actions of the 2 December 2016 Action and the 21 February 2017 Action, or better known as the 212 Action, were born. Every action held was attended by hundreds of thousands of Muslims in the National Monument (Monas) area or the Horse Statue, Jakarta.

It can be said that these reunions are completely irrelevant to continue to be held. The reason is that the emergence of the action association itself was due to the issue of blasphemy committed by Ahok in 2016.

While it is now 2022, which is a very long time ago. Not to mention that Ahok himself has personally gone through a legal process as a result of his actions in making a statement regarding Surah Al-Maidah which was later considered a blasphemy of religion.

So there should be no more urgency from continuing to hold the reunion initiated by PA 212 in Action 411, because their initial demands to be able to process Basuki Tjahaja Purnama had already been fulfilled by the arrest of Ahok at that time.

Ahok himself has finished serving his entire prison term for a blasphemy case. So that the relevance of continuing to hold such actions is even more irrelevant if it is drawn to the current context. It is better for the public to be able to shift their focus to preparation for various predictions of a world multidimensional crisis, especially in 2023.

The second context regarding the irrelevance of the 411 action is as according to the Chairman of the Advisory Council for the President of the Republic of Indonesia, Wiranto, that the actual action was not only a step to demand legal action against the perpetrators of religious blasphemy, but is still closely related to the contestation for the DKI Governor election. Jakarta 2017.

In the contest, the Ahok pair finally lost to the pair Anies Baswedan and Sandiaga Uno. Just looking at it from there, actually the DKI Jakarta gubernatorial election contestation if it is drawn with the context of the current year is also very stale because the contestation has passed even a few years ago.

Therefore, Wiranto continued to question what the purpose of holding such reunions was. For him, when the DKI Jakarta gubernatorial election contestation has been completed and has indeed resulted in a decision in the form of the official inauguration of the Governor and his Deputy, then the matters which are only temporary in nature should have been completed entirely.

Strictly speaking, Wiranto also explained that the reunion held by PA 212 was completely different in nature from reunions such as school reunions, university reunions or other associations which were more permanent in nature. Because the basis of the 212 movement itself is that it comes from situational temporary matters, it is really unnatural if it turns out that the reunion must be commemorated every year.

People who actually have absolutely nothing to do with the movement may be harmed, because road access becomes congested and congested, not to mention those who have to go to work and so have the potential to be trapped so that it will affect their income as well.

Apart from that, it will also demand the security forces to work hard to secure the large crowd and how to find an alternative route by diverting the road, which of course will take a lot of time, energy and even cost.

For this reason, the 411 reunion plan should be firmly rejected because indeed, from any aspect, it is completely irrelevant to the development of current issues. The reason is that all the causes of the beginning of this movement have really ended. Not only that, these reunions have the potential to disrupt the smooth functioning of the wider community.

Relocation of the National Capital is a Form of Equitable Development