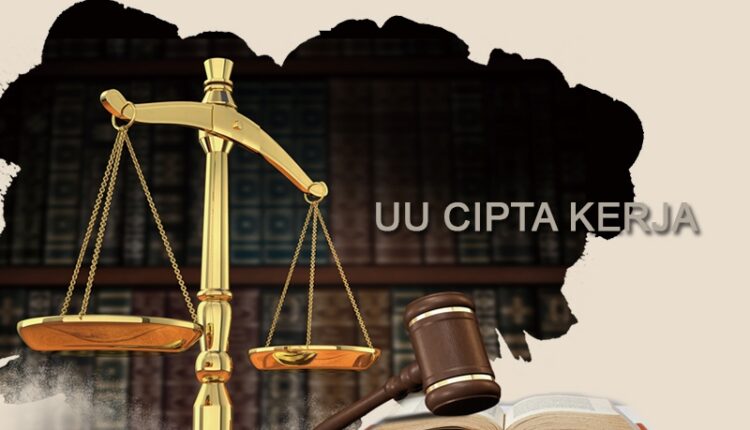 The target is that the revision of the Job Creation Law will be completed this year. The government and the DPR have a maximum time limit of two years from the time the decision was read on November 25, 2021. If during that time the government and the DPR do not make any improvements, the Job Creation Law will be declared unconstitutional or permanently violates the constitution. So the law cannot work.

Expert Staff for Regulation, Law Enforcement and Economic Resilience at the Coordinating Ministry for Economic Affairs, Elen Setiadi, explained that this monitoring or adjustment to inter-ministerial and inter-ministerial adjustments will last until August 2022 and is targeted for completion this year. He is optimistic that it will be completed before the time. If possible this year, this year the process will be maintained, so the Constitutional Court’s decision must be implemented as well as possible.

The Constitutional Court has also ordered that a unified legal basis be drawn up immediately. This can be a guideline for the formation of laws in accordance with the omnibus law method . The Job Creation Act was amended to meet certain standard and standard methods or methods, especially the principle of law formation, namely the principle of openness by incorporating maximum and meaningful community participation.

At this time, the government is also making improvements to the writing without changing the substance of the Job Creation Law, such as typos , correcting incorrect references to articles and so on.

Meanwhile, from the government side, especially ministries/agencies (K/L) as sector supervisors, they will continue to increase supervision over the implementation of the Job Creation Law to obtain various inputs that will be inventoried whether they are related to the substance in the formulation or are only implemented in the field.

If it is only implementation in the field, it is likely to be in the form of a formulation contained in implementing regulations, such as in ministerial regulations and/or the implementation system. After August 2022, it will be seen whether the inventory time from supervision is sufficient or it needs additional time.

It should also be noted that with the existence of the Job Creation Law, investment in Indonesia has increased. In 2021, the realization of investment was 900 trillion rupiah and the target for 2022 is 1,200 trillion rupiah. This is certainly very good because the more investment the more foreign exchange that comes in.

This is proof that the Job Creation Law is able to increase business and investment in Indonesia. The regulation is a weapon to increase the entry of foreign investors into Indonesia. The reason is because the requirements for investing and obtaining permits can be done without coming to the office, aka can be done online, namely through online single submission (OSS).

Indonesia is included in the top 5 countries that are investment destinations by entrepreneurs from other countries. The reasons are because: first, the natural resources are abundant and there are still some that have not been processed professionally so that investors will be happy to help each other and work together.

To date, the government has issued 46 presidential regulations (perpres) as derivative rules of the Job Creation Law. These rules regulate technically the ease of doing business, taxation, MSMEs and so on.

The revision of the Job Creation Law is expected to be a win-win solution for investors, employers and workers. Not to forget that the investment cluster can also be improved so that investors are more interested in investing in Indonesia, where this will also create job opportunities.

Protecting the World of Education From Radical Understanding