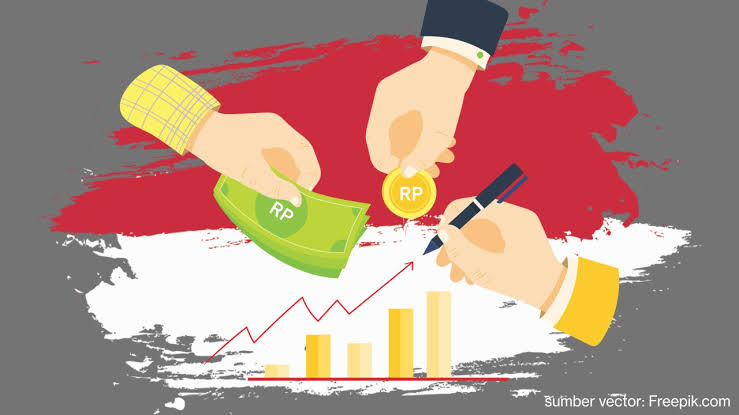 Adaptation of new habits that used to be known as new normal, is a new hope for entrepreneurs. They can open more shops and stalls, with a record of having to follow the health protocol. By running its business again, the economic sector can recover slowly.

A chaotic economy due to Corona’s beatings in recent months has begun to find a way out. The entrepreneurs can breathe freely, because in the era of adaptation to new habits (formerly: new normal), people’s lives are slowly moving towards normality. People may move outside the home. Markets, stalls and restaurants may also be opened again.

But the opening of markets and supermarkets must comply with health protocols. All traders must wear a mask. There is a path for buyers who can only be traversed in one direction, so they will not cram and remain obeying the rules of distance. There was a rotation so the merchants took turns selling. Economic activity takes place again and can recover as before.

For restaurants, they are required to apply health protocols. Even though they may accept dine in orders , visitors must not sit side by side. Transactions must be with a digital wallet. The cashier and all employees must wear a mask. With the opening of the restaurant, the entrepreneurs and their employees will benefit equally, because they get more money.

Even though entrepreneurs can open stores, they must learn digital marketing, because it minimizes meetings between buyers and sellers. Even though they already wear masks, they can carry Covid-19 virus seeds on the road. Moreover, WHO has examined that Corona can be transmitted in the air, not only through droplets.

The era of adaptation to new habits also makes entrepreneurs promote their sales through digital marketing rather than in conventional stores. The virtual world is a good place to sell, because its market share is wider, even covering the whole world. In addition, buyers prefer shopping online because it is practical and does not need to be tired of shopping at the store.

The government is also trying to make MSME entrepreneurs more tech-savvy to adapt to the new habits of the people who like online shopping . There is a ‘Proudly Made in Indonesia’ program so that thousands of MSME entrepreneurs are put together in a marketplace platform. They are also taught how to sell art on the internet for high profits.

Jason Gozali, CEO of Young Investors, said he was happy with the ‘Proud of Made in Indonesia’ program that took him. He said that in the era of adaptation to new habits, promotion must not be conventional. So the promotion in cyberspace must be unconventional in order to attract the interest of many prospective buyers.

The ‘Proudly Made in Indonesia’ program is also very good because in reality not all MSME entrepreneurs are internet literate. If you have a social media account, then it is only used for personal interests, not selling. Though the virtual world is a good place to promote and the budget is not as much as advertising in print media.

Businessman Nadhifa Maulidya claimed that in the era of adaptation to new habits he greatly benefited from internet access. Starting from shopping for raw materials, advertising, to sending orders to buyers, can be done only with a gadget . So he doesn’t need to leave the house and stay safe from Corona .

In the era of adaptation to new habits, we must be creative in increasing economic resilience. When businesses get sluggish, they can be resurrected with online promotions. Marketing also varies, with social media, marketplace, WA status, and others. So there are far more buyers than selling in ordinary stores.

To revive the economic sector in the era of adaptation to new habits, it must be willing to work hard so that turnover is skyrocketing again. In addition to advertising in cyberspace, you also have to create unique promotions to impress buyers. Hopefully the adaptation of the new habits of the Indonesian economic sector can increase.

) * Active writers in the Press Circle and Students

Beware of the Lone Wolf Terror Phenomenon in Indonesia