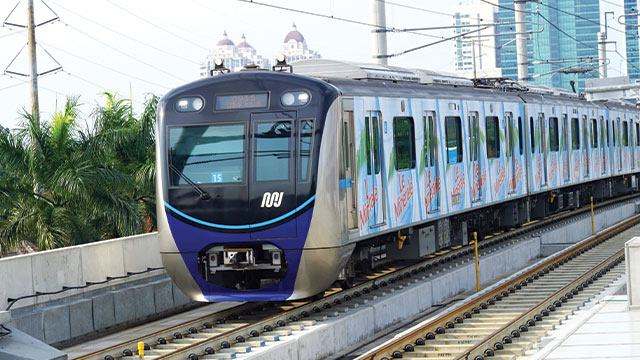 The adjustment of fuel oil (BBM) triggered by the global oil turmoil became the right momentum to use public transportation. With this transfer of transportation, it is hoped that it can reduce congestion, costs, and fuel whose stock is starting to become limited.

The price of fuel oil (BBM) in Indonesia is adjusted. Pertalite becomes 10,000 rupiah and Solar becomes 6,800 rupiah per liter. The price adjustment is officially made as of September 3, 2022.

When there is a price adjustment, it is not too surprising because there has been previous socialization. In addition, the public is also expected to be able to understand that there is a political turmoil in Eastern Europe, which has caused a spike in world crude oil prices. From only US$65 to US$100 per barrel, there will be an automatic adjustment of fuel prices in Indonesia as well, following the laws of the economy.

The change in fuel prices is an important momentum for people to save. You do this by changing the mode of transportation from private property (motorcycle or car) to public transportation. For example by bus, train, or something else.

When many people take public transportation, it will be more effective because the fares are cheaper and prevent congestion. Compare if all Indonesian citizens leave the house by motorbike and car. The streets will be full of private vehicles and cause fatal traffic jams that drain emotions and energy.

The problem of congestion is very long-standing, especially in a big city like DKI Jakarta. Congestion is the cause of delays and causes employees to be angry with their superiors. School children are also affected by not being able to get to class on time. This is a negative domino effect of the large number of public transportation and congestion.

In addition, using public transportation will be more environmentally friendly. How much thick smoke comes out of the exhaust and is suffocating when everyone uses private vehicles? The smoke, apart from causing disease, can also deplete ozone levels, thus endangering the environment in Indonesia.

But when many people use public transportation, in addition to saving fuel, it will also be environmentally friendly. The number of private vehicles on the streets is reduced because 1 bus can carry more than 10 people. The environment will be healthier because the exhaust that is lit is also less.

If Indonesia is more environmentally friendly, it will have a big impact on investors. They considered that Indonesia could manage traffic jams and protect the environment. Then enter the investment in this country.

Currently, public transportation is good, in terms of the fleet as well as the route management system and services. People don’t have to worry about a dilapidated bus because it’s definitely forbidden to walk and accommodate passengers. They will ride a convenient mode of transportation as well as save fuel.

Minister Erick Thohir also proposed the procurement of electric buses as an alternative vehicle so that they do not use fuel. In a sense, although it is not certain when it will be launched, this will support the government’s environmentally friendly program. The reason is because electric vehicles have low emissions and are not harmful to ozone.

The existence of electric vehicles is very good because it shows that Indonesia is an environmentally friendly and very modern country. Indonesia is ready to grow into a developed country. Starting from the behavior of people who are orderly and care about the environment, and follow government recommendations.

By : Hazel Bayanaka )* * The author is a contributor to Persada Institute

Radicalism is the Great Enemy of Society