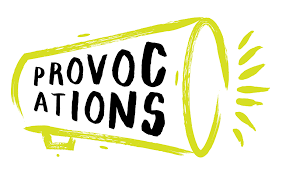 All Parties Must Avoid Provocative Riots in Yahukimo

The hoax circulating in Yakuhimo-Papua caused riots on October 3, 2021. All parties must also be good at restraining themselves and not be provoked by hoaxes that develop because currently the TNI/Polri continue to restore security conditions in the area.

Hoaks are fake news or photos that are intentionally spread for a specific purpose, it could be to overthrow political opponents or create psychological unrest. Unfortunately in recent years, we seem to be invaded by the existence of hoaxes, especially in cyberspace. So that it disturbs the community, and they are afraid that hoaxes will bring victims if they are not immediately removed.

One of the hoaxes that made Bumi Cendrawasih heated up was the news that the former Yahukimo Regent Abock Busup died, because he was killed by his political opponent. It was known that he was already dead in a hotel in Jakarta. Although he died in the capital, the news quickly spread in Papua, especially in Yahukimo.

The death of the former Yahukimo Regent immediately made the atmosphere hot and tragically there were 6 people who lost their lives. They became victims in the riots in Dekai District, the capital of Yahukimo District. In the bloody incident, residents’ houses were also burned. The alleged perpetrators are 53 people from the Kimyal Tribe and they have been arrested by the authorities.

The Yali Tribe who was invaded by the Kimyal Tribe was certainly confused because it was suddenly attacked. Moreover, the victims were not only injured and died, but there were also material losses. The reason was because apart from several houses being burned, there was also one hotel that was engulfed in flames. People from the Kimyal Tribe invaded by driving 2 minibuses at 12:45 WIT, October 3, 2021.

This attack which resulted in loss of life and property damage is very regrettable, because it occurred as a result of the spread of hoaxes in the Yahukimo community. In fact, the former regent died of a heart attack, not killed by his political opponents. But the news that spreads is the opposite.
Hoaxes must be removed because short news that is spread, especially on social media and WA groups, actually messes up the situation. In fact it can cause inter-tribal wars, which are carried out by other tribes in Papua, because they can be triggered by these attacks.

This is of course very scary because there has been no war in Papua for decades, which of course can cause many casualties. Whereas the Papua and West Papua Regional Governments are shaping the image of Papua as a safe place, so that it will become a post-pandemic tourist destination. But because of hoaxes, tourists may be afraid because they don’t want to be caught in a war between tribes.

We must be wary of hoaxes because apart from disturbing the public because it attacks their psychological side, it can also cause fatalities. It’s a pity for the family left behind, even though the victim could be the backbone of the household.

As a good citizen, don’t easily believe if there is news that is spread, especially only on social media or WA groups. Don’t be easy to spread it without checking first. Currently, there are sites that can be used to check whether a news story is based on facts or just a hoax. When there is a hoax, delete it immediately and warn other group members not to believe it.

The hoax that spread in the Yahukimo area had very bad results, because it resulted in fires and 6 fatalities. Riots should have been prevented if the public could distinguish between genuine and fake news. Don’t let the next tragic event happen because of the hoax, therefore there is nothing wrong with patrolling the hoax so that it doesn’t spread in the community.