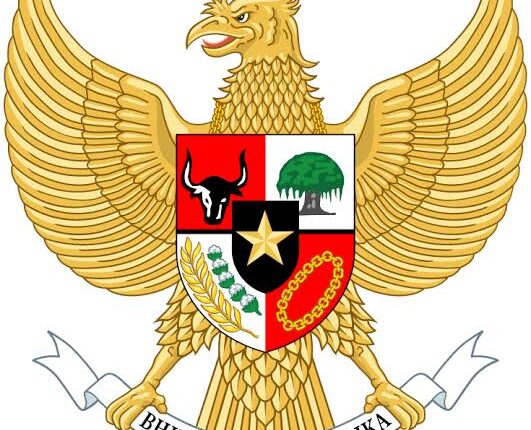 As a virus can easily infect humans indiscriminately, radicalism and terrorism also infect our society with ease and without restrictions. Touching all circles, young to old, students to workers, even various groups and age groups. Through propaganda disseminated, making the radical doctrine of terrorism easily transmitted among the people.

We do not know how radical this doctrine has been deeply ingrained in a person or transmitted to the extent of our society. The process is getting faster and even not easily detected enough to make some parties overwhelmed. Moreover, there is no measure of the intensity of the influence of radicalism that has infected its victims .

Prevention and mitigation efforts have of course been carried out to the maximum extent possible. The social communication approach is maximized in order to reduce the spread of the doctrine of radicalism and terrorism. Unfortunately, all these efforts are not able to function optimally if not accompanied by community self-awareness.

Communities that are the main target of doctrine need to be introspective in order to distance themselves from the potential exposure to radicalism and terrorism. This form of introspective certainly is in the form of strengthening the understanding of exposed risk and the implementation of good values ​​for community, national and state life.

It should also be noted that age groups are very vulnerable and very easily influenced by doctrines and information that contain elements of radicalism and communism. Synergy between parents, children, teachers, and the environment is the main determinant of the development of good behavior and thinking. A bad synergy in one part will have a big influence on the change of thinking followed by a change in attitude toward the negative.

Pancasila contains philosophical and ideological values ​​which must be upheld by the community at any time. The values ​​contained in this Pancasila are the guidelines or guidelines for people’s lives to create a strong, sovereign, and independent nation. The presence of Pancasila reinforces the people of the archipelago as a nation that is not easily swayed by various problems. A problem that is contrary to the values ​​of God, humanity, unity, society and justice can be avoided by maintaining and carrying out the values ​​of the Pancasila through internalizing the ideology of the Pancasila itself.

Acts of radicalism and terrorism propaganda to the issue of communism have clearly violated the values ​​contained in Pancasila. The Divine Value which is universal for all religious communities actually teaches us to live in peace and be tolerant of differences. In this God value condemns acts of violence such as radicalism, terrorism and the cruelty of communism. The same thing is also contained in the value of Humanity in the second precepts, clearly teaches us to respect fellow human beings and uphold the values ​​of humanity in the life of the nation and state.

The Value of Unity teaches us to maintain mutual cooperation in life, avoid divisions and uphold the unity of Indonesia. Popular Values ​​teach us not to impose the will of others. As well as the value of Justice teaches to uphold justice and respect the rights and obligations of others.

The values ​​of the Pancasila as a whole are living guidelines that have long been maintained and maintained for the sake of the creation of national and state order. Pancasila is a moral norm that embraces the whole society. Applying the value of Pancasila in life appropriately can distance itself from the influence of the doctrine of radicalism and even terrorism that threatens anytime and anywhere. None of the Pancasila values ​​led to radical acts and communist cruelty. Pancasila deserves to be valued dead and with its strength , reject communism or radicalism.

The values ​​of the Pancasila are very contradictory and strongly condemn all efforts that can cause national disunity. Strengthening understanding and instilling the values ​​of Pancasila in self, family and the environment is a way that can be taken in protecting the integrity of the nation from the influence of radicalism and communism. If we interpret Pancasila appropriately, it will be difficult for other parties to divide the unity and integrity of this beloved Indonesian nation.

Community independent efforts through instilling and understanding the value of Pancasila in each of them as a whole, both children and adults, whoever needs to continue. That way, however strong the doctrine is to invade society, no matter how deep the doctrine seeks to be implanted, it can still be warded off and avoided properly thanks to the values ​​of Pancasila which are ingrained in the people, the Indonesian people themselves so that they always win against ideas that are contrary to national identity Indonesia sourced from Pancasila. Moreover, in the midst of a pandemic Covid-19 at this time, Indonesia will be more solid and more concerned with the collectivist unearth the values of Pancasila face New Normal Era.

Overcome Radicalism Through Education in Schools