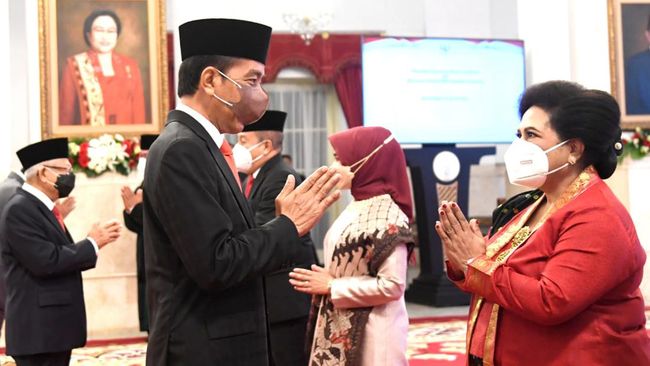 Appreciate the Appointment of the First Female Ambassador from Papua

The public appreciates the Government for appointing Fientje Suebu to be the Indonesian Ambassador to New Zealand. Her appointment is the pride of the community because she is the first woman from Papua to be appointed as Ambassador as a form of state trust in Papua.

Ambassador is an honorable and important position because it plays a role in diplomacy between 2 countries and is Indonesia’s representative in other countries. So far, the position of ambassador is mostly filled by retired, professional, or people who are considered capable of carrying out this noble task.

The position of Indonesian ambassador to New Zealand (New Zealand) is filled by Fientje Suebu. His appointment surprised many people because this is the first time a native Papuan has been appointed as Ambassador, a woman as well. When women are appointed as ambassadors, the government really shows the principle of justice, that women can also become important officials and are given a great mandate.

Fientje Suebu holds the record for being the first woman from Papua to be appointed as ambassador. The woman who was born in Sentani is happy because she was given the trust as an ambassador. She has a great desire that Papuan women can be empowered and able to become agents of change in their respective fields.

The figure of Fientje Suebu has also become a byword, not only in Papuan society, but also throughout Indonesia. This Sentani native woman fathered a tribal chief. He is a graduate of Cendrawasih University, Papua and has 3 children. Prior to becoming the New Zealand ambassador, he served at the Indian Embassy, ​​with the position of Deputy Chief of Mission. Fientje Suebu has also been involved in the Ministry of Foreign Affairs (Kemenlu) for 31 years.

When there are indigenous Papuans (OAP) who are appointed as ambassadors, it shows the government’s full attention and trust in them. Papuans are also intelligent and capable of being given important positions, because they are also part of Indonesia. Here the government implements Pancasila, because there is a principle of justice, when everyone from any ethnic group can be trusted to hold a big position.

Fientje Suebu’s success as ambassador in New Zealand follows the success of previous Papuan officials, such as Freddy Numberi who had served as a minister and Billy Mambrasar who was President Jokowi’s special millennial staff. This shows that indigenous Papuans can also excel and become government officials.

Member of the Papuan House of Representatives Mathea Mamoyou stated that the inauguration of Fientje Suebu as Indonesian Ambassador to New Zealand could increase the sense of nationality and love for Indonesia, especially for students. In a sense, when a native of the Earth of Cendrawasih becomes an official, the students believe that the Indonesian government is fair, so that the sense of nationalism will increase.

Increasing a sense of nationality is very important because in Papua there is a temptation from separatist and terrorist groups to invite people to defect. However, when there are officials who are native Papuans, the people’s trust and nationalism will rise, because they feel proud to be citizens of the Earth of Cendrawasih. The appointment of Fientje is proof that Indonesia loves Papua.

Mathea hopes that when Fientje Suebu becomes ambassador to New Zealand, he can introduce indigenous Papuan products there, especially coffee. With this introduction, there will be good trade relations and exports will be smooth, so that the income of coffee farmers will increase.

Fientje Suebu himself is happy to be Indonesia’s ambassador to New Zealand and he hopes to carry out his mandate to the best of his ability. By becoming an ambassador, I hope you can contribute to the nation and maintain a more harmonious diplomatic relationship with New Zealand.

The appointment of Fientje Suebu as the first female ambassador to New Zealand was a surprise as she was the first Papuan to be trusted as a high-ranking official at the embassy. When a native Papuan becomes an ambassador, it shows the attention of the Indonesian government and President Jokowi to apply the principles of justice, from Sabang to Merauke.

The Government is Committed to Realizing Indonesia’s Economic Transformation