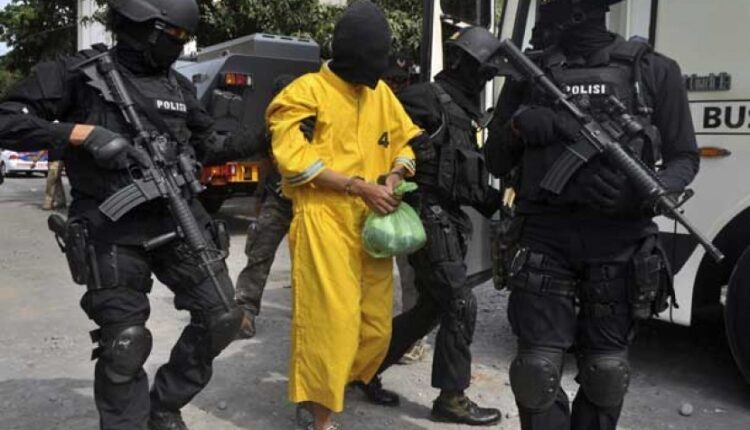 Security forces have arrested around 16 people in West Sumatra on March 25, 2022. The public appreciates the enforcement of the law for creating a safe Ramadan without terror disturbances.

Ramadan in 2022 is still being lived in a state of concern because it is still a pandemic. But even though there is still Corona, the government is trying to make the conditions of the fasting month safe. Both from disease and from groups that disturb the peace of the citizens. Therefore, preventive measures are taken so that the fasting month is not disturbed by terrorists.

The preventive action in question is the arrest of terrorists so that they do not pollute the sanctity of Ramadan. Karo Penmas, Police Public Relations Division, Brigadier General Ahmad Ramadan, stated, “The Anti-terror Detachment 88 team has arrested 16 terrorists in the West Sumatra area. Precisely in Payakumbuh, Tanah Datar, and Dharmasraya. The arrests were made just before Friday.”

This arrest was quite fruitful. Previously, the anti-terror Detachment 88 had arrested 5 terrorists. Meanwhile, in 2022, terrorist arrests have increased and cannot be counted because the year has not yet expired. However, the public can see the performance of the Densus, because from 2020 there were 232 terrorists arrested. Meanwhile, in 2021, 370 have been captured.

The public appreciates the arrest of terrorists because the aim is to secure Ramadan. Don’t let the sanctity of this month be damaged by the bombings carried out by them. It would be terrible because if there was a bombing, not only the buildings would be damaged, but there could also be injuries and fatalities.

Terrorists must be arrested because they use violent means. Don’t let this violence make the atmosphere of Ramadan worse because people are afraid to leave their homes. During the pandemic, which coincides with the fasting month, we need calm, and one way to make it happen is by arresting terrorists.

When there are terrorists, they can carry out threats, terror, and also plan to bomb. Even though we need peace to work and fast during the day and pray tarawih at night. To achieve security and tranquility, the terrorists were arrested by the anti-terror Detachment 88, for the safety of civilians. When there is no terrorist threat, Ramadan will take place in peace and worship smoothly.

The arrest of terrorists was indeed right before Ramadan because they used the moments of the fasting month, Eid al-Fitr, and other special days to show off their teeth. The way to show strength, of course, is to spread terror. It’s better to catch the terrorists from the start, rather than having many attacks later in the month of fasting.

The arrest of terrorists is indeed permissible because they violate the terrorism law. Isn’t it better to prevent harm than to cure? So it’s better for the terrorists to be caught so they don’t mess up, than to be left alone and there will be bombings everywhere.

The public appreciates the arrests of terrorists because they were carried out a few days before Ramadan. The sanctity of the fasting month must be maintained. Therefore, it is very natural that the Anti-terror Detachment 88 take preventive action by arresting 16 terrorists in West Sumatra. With this arrest, it is hoped that all Muslims can fast and other worship during Ramadan without fear of terrorist threats.