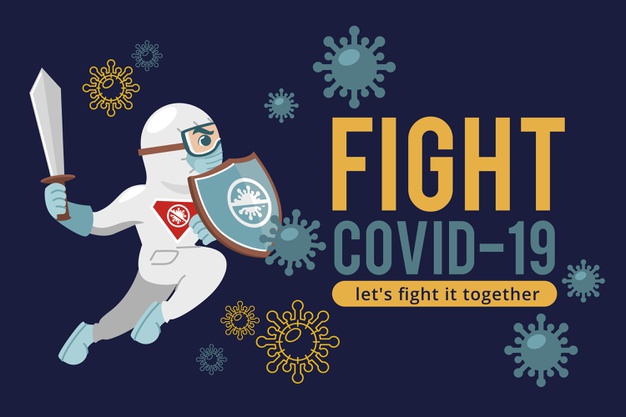 President Jokowi formed a new body namely the Co-19 Handling Committee and the National Economic Recovery. The formation of this new body is a real commitment of the Government that emphasizes the importance of health and economic aspects.

The official task force was disbanded on July 20, 2020, based on Perpres 82/2020. Even though they were disbanded, their task was continued by the Task Force for handling the Pandemic Covid-19 team and was still commanded by Doni Monardo. It’s just that now the task force is under the direction of its chairman, Airlangga Hartarto. This committee also handles the economy in Indonesia.

According to Cabinet Secretary Pramono Anung, the President united the Covid-19 pandemic handling task force with the economic recovery team, due to balance factors. To deal with economic and health problems, it cannot be done in a different way. So it must be done together, so that the pandemic ends soon and our economic conditions improve.

Pramono continued that in fact Indonesia was on the right track, when overcoming Corona. The proof, the cure rate of Covid-19 patients getting higher. And economic recovery is also increasing. So the existence of a committee which is a combination of the health and economic team, will help the country from corona as soon as possible.

Turning a task force into a task force is surprising, because people think the task force just stopped. It turned out that what was true was that he only “changed uniforms” into the corona handling task force team and was on the new committee. It is hoped that this task force will work better in handling the Covid-19 effect.

With the committee in charge of experienced ministers, hopefully the performance of the Covid-19 task force can be more effective. If there are obstacles, then you can immediately consult. For example, for the task force task that seems obstructed, you can contact Mr. Tito Karnavian who is the Minister as well as a retired Police General.

While for the rapid test problem that is increasingly being intensified by the government, the Covid-19 Task Force handling team can directly consult the Minister of Health Terawan. He can recommend the most accurate test kits, appoint a trusted laboratory, and give direct instructions to members of the task force team.

To overcome the economic problems in Indonesia, the national economic recovery team is very appropriate if it has a deputy chairman of the Minister Sri Mulyani. As an experienced economist, he will certainly give directions on how Indonesia can rise from adversity and there will be no recession. Then increase per capita income.

There are several Indonesian economic recovery programs that will be carried out by the committee. Among them are tax restructuring for MSME entrepreneurs, government capital assistance, reducing loan interest rates, and others. The committee can also supervise so that this program is actually implemented well.

The committee, which includes the Covid-19 taskforce and the national economic recovery, can work well together, because it consists of experts. Its chief executive, Erixk Thohir, is also very experienced in the field. Because he mastered the field of global economy, and before serving as minister, was an international businessman.

In addition, the merging of the health and economic sectors is also good. Because to overcome economic problems, healthy people are needed. While the community affected by corona, besides being given financial assistance, also intake of nutrients for a healthier body.

The formation of a joint committee of the Covid-19 task force and national economic recovery is expected to overcome the corona effect in Indonesia. With the care of the experienced minister, the team members can be directed so that they work well. Hopefully with the work of the committee, Covid-19 will leave Indonesia immediately.