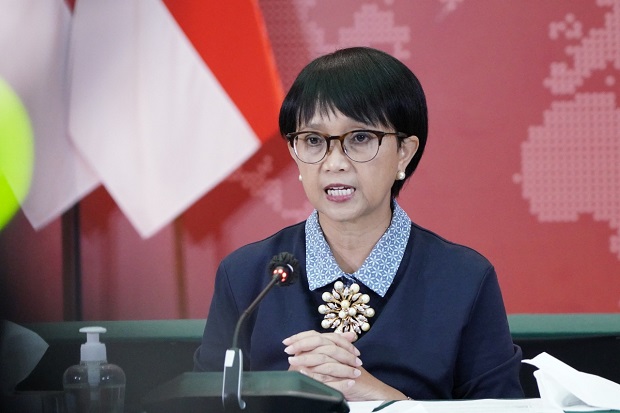 The Indonesian government defends Palestine completely through diplomacy. The UN Security Council continues to be urged to beat Israel to stop armed contact. Because if this continues, it will lead to a third world war, and other countries will also come into conflict and defend other parties.

The conflict between Israel and Palestine is in the world spotlight, because it has been going on for years. Finally, the Israeli army dared to attack the Aqsa Mosque compound and throw bullets, thereby angering everyone, including Indonesia. Because they have crossed the line by shooting at houses of worship.

The Indonesian government moved quickly to urge the UN Security Council to be firm in mediating this conflict. President Jokowi also condemned Israeli atrocities and hoped that this problem would be resolved soon. Because the victims of this bloody incident are mostly innocent women and children.

Foreign Minister Retno Marsudi stated that the occupation in the Israeli and Palestinian conflict is the main issue. The conflict is symmetrical, namely Israel as an occupier and Palestine as an occupation. In that sense, all forms of colonialism must be stopped now because it violates human rights.

After the Indonesian government pressed the UN Security Council, UN Secretary General Antonio Guterres stated that he objected to attacks on the Palestinian border areas. He also urged Israel to carry out a ceasefire.

The UN Secretary General’s statement and pressure from many other countries led Israel to finally surrender. They finally made a ceasefire on May 20, 2021. The stopping of this attack is certainly a relief because the Palestinian people no longer live in fear because many Israeli soldiers are on the loose.

After 11 days of attacks, the Palestinians finally felt peace. Israeli soldiers’ shootings have killed more than 200 people and injured many. So that if there is no truce, it is inconceivable how many more victims would have to lose their lives tragically.

The ceasefire carried out by Israel was also the result of Indonesia’s struggle, which defended Palestine from diplomacy. Because Indonesia is a member of the UN Security Council, so that his opinion is highly valued by the Secretary General of the United Nations. The government uses its status and influence to defend the Palestinian people.

Apart from that, the courage of the Minister of Foreign Affairs, Retno Marsudi, also deserves thumbs up. Minister Retno was very vocal in expressing her opinion in front of many representatives of other countries, including OIC members. Those who are mostly men are very amazed by the figure of a tough woman, who is clever at diplomacy to defend the rights of the suffering Palestinian people.

Indonesia’s diplomacy was successful and the ceasefire should be appreciated, because thanks to Minister Retno’s intelligence and strategy to speak up, the Palestinian people were finally saved. Indonesia indeed prefers this route to violence, because it is considered to be more effective and has a positive effect in the long term. In addition, if there is another attack, it is certain that the government will defend Palestine again.

We must give praise to the Indonesian government for continuing to defend Palestine for humanitarian reasons. Attacks against people who do not hold weapons are certainly very unjustified, because if allowed to occur there will be genocide, which violates human rights. The government will continue to be with the Palestinian people and hopefully there will be no more attacks in the future.

) * The author is a contributor to the Nusantara Reading Room

KKB and Separatists Source of Conflict for Papuans