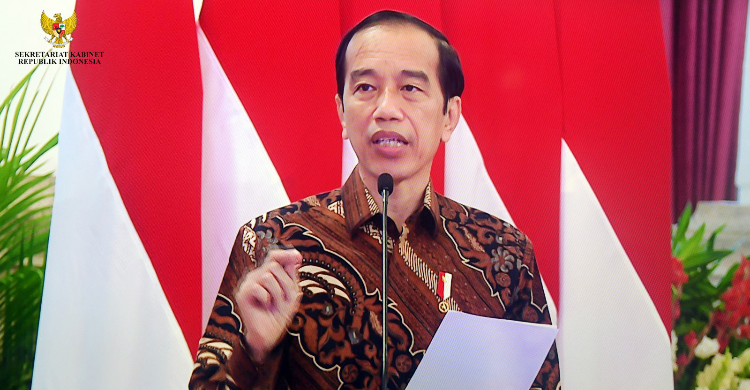 President Jokowi has given directions for all parties to be careful in preparing national development plans. This is because the world is currently still facing the Covid-19 pandemic situation as well as a crisis due to the turmoil of the Ukraine-Russia war.

The pandemic turned the economy upside down because the focus shifted to the health sector, and the crisis occurred not only in Indonesia but also in the world. After two years the situation gradually improved, but world oil prices rose drastically to 130 US dollars per barrel. The reason for this is the Russian invasion of Ukraine.

This situation certainly cannot be left alone. Therefore, the government held a National Development Planning Deliberation. In this hybrid event, President Jokowi advised all parties because currently it is still a pandemic and we must be ready if there is a crisis until next year. The reason is because Eastern Europe is still in turmoil due to the Russian invasion of Ukraine.

President Jokowi gave several directions at the National Development Planning Deliberation. First, the President asked his staff to focus on the Domestic Component Level (TKDN) by using the potential for goods and capital expenditures to buy domestic products. Import purchases must be replaced with domestic purchases, and there is a potential purchase of goods and services of IDR 1.062 trillion.

Second, President Jokowi asked to prepare national production capacity. MSMEs must also be accompanied in order to advance to class. While the third, the President wants there to be a downstream industry. For example, in mining areas, smelters can be built so that the added value is multiplied.

Next, President Jokowi asked for independence and productivity in the food and energy sectors. He also advised to increase investment, as well as optimize tax revenue. Human resources (HR) must also be improved and reduce stunting rates. Finally, he asked his staff to prepare for the implementation of the general election, which will begin in the middle of 2022.

President Jokowi’s seven directives in the National Development Planning Deliberation must be appreciated. The reason is because he always looks ahead and is prepared if there is a prolonged crisis due to the bad political situation in Eastern Europe. His appeal is a step to be prepared in any bad situation.

In addition, the public appreciates the steps taken by the government because they think about the economic situation in Indonesia in the long term. For example, in the downstream industry. If the mining materials are reprocessed, of course the selling rate will be higher, and indeed crude oil is prohibited from being sold just like that because the price is not good.

The government also strongly supports MSMEs (small, micro, and medium enterprises) because they are the backbone of the Indonesian economy. MSME entrepreneurs were not only given assistance in the form of cash but also assistance for online marketing. That way, what is given is a hook, not just a fish, so that the business is progressing.

The government also pays great attention to the investment sector and in the Omnibus Law on Job Creation there is an investment cluster that makes it easy for business people to enter who will invest. Investment is very important because with funds from investors we can revive the Indonesian economy. When there are many investors, it also reduces the unemployment rate in Indonesia because there are many job opportunities.

President Jokowi’s directives in planning for National Development need to be appreciated by many parties. With this directive, national development planning has a clear direction in accordance with the needs of the nation.

Abdul Majid, Author is a contributor to Pertiwi Institute