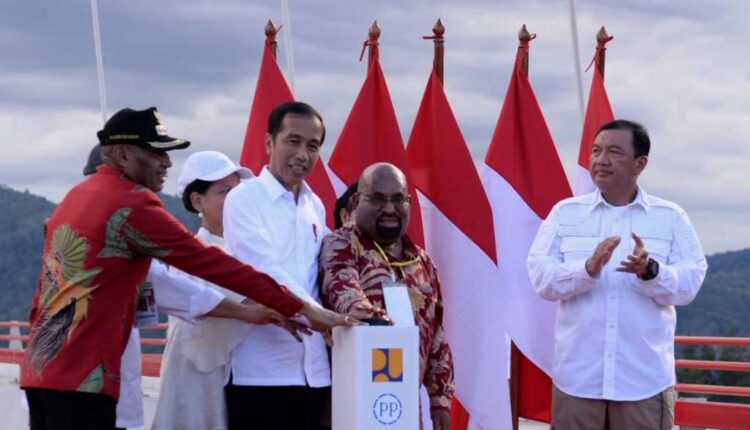 Appreciating the Welfare Approach to Defuse Conflict in Papua

The community appreciates the welfare approach in order to reduce conflict in Papua. With this new strategy, it is hoped that the Papua problem will be resolved soon.

In managing the territory in a country, of course, it has different characteristics. Regions with each other also have characteristics to different residents. This is also what is happening in Indonesia, especially Papua.

This easternmost region is famous for its abundant natural wealth. Local wisdom to the residents also have unique characteristics. The Papua region itself is actually quite developed. The development sectors boosted by the government are also considered to have met the requirements.

Other sectors are also quite good, the problem until now is the conflict in Papua. Certain elements, such as the OPM or KST, insist on bringing Papua to independence from the Republic of Indonesia. As a result, provocations, attacks and even intimidation often occur on the Cenderawasih Earth.

These attacks certainly cause various impacts or damage. Such as civil war, traumatic, even worse impacts. This problem certainly makes the government not stay silent. Various efforts have been made to recover the land of Papua. Which is also like the body parts of the Indonesian people.

Approach by approach taken by the government. Starting from the deployment of military forces in conflict areas to social approaches. Not without results, but OPM seems reluctant to give up. As the peak of this group’s resistance is the inclusion of the morning star flag at the end of 2021. In fact, this group also openly challenges the TNI-Polri to continue the war in 2022.

However, it turns out that the government will abandon this military approach in Papua. By prioritizing the welfare approach. Following the statement by the Presidential Chief of Staff Moeldoko who outlined plans to prioritize a welfare approach rather than the military to deal with the conflict in Papua.
He explained that this welfare approach was deemed able to reduce turmoil. This was further emphasized by Moeldoko when he met with the New Zealand Ambassador to Indonesia, Kevin Burnett.
Moeldoko also stated that the conflict in Papua cannot be resolved by military efforts.
Therefore, the government now wants to focus more on addressing more basic and major problems. Among them are health, poverty is also related to education. However, the government’s efforts to overcome Papua have experienced interference from the Papuan Separatist and Terrorist Group (KST) group. The mobs often attack facilities such as schools, health facilities and target teachers as well as media personnel.

This fact, of course, cannot be ignored. Therefore, Moeldoko claims that the addition of troops in Papua is not for military operations. However, military force will only be carried out in Papua with the mission of securing the border area.

Related to this, the Nemangkawi task force will make post-evaluation improvement efforts. Of course, the government as well as the Police will reduce the number of violence with this approach. He said he didn’t want any more victims of violence on the Cenderawasih Earth.

Although the statement has been officially announced, the National Police has not yet answered explicitly when it will withdraw its non-organic members of the police force this year. He only stated that in the upcoming operation, the Nemangkawi Task Force would be assisted by the National Police Headquarters.
As is well known, the Nemangkawi task force consists of a combined TNI-Polri tasked with dealing with armed groups in the Papua region. This task force is said to be under the command of the Papua Police Chief and the Cenderawasih Regional Military Commander.

This welfare approach seems to be the right fit for developing Papua. It is true, the most basic problems facing this natural product-rich region are poverty, health and education.

The hope is that if the welfare of Papua increases, left-leaning elements will find it more difficult to provoke them. As a result, the condition of the Papuan people is getting stronger, smarter and more educated. So they are more aware that it is better for them to stay with the Unitary State of the Republic of Indonesia and not with the OPM, which causes a lot of chaos. Therefore, this effort must be appreciated, supported and escorted to its implementation. So that everything is in accordance with the goal of the welfare of the Papuan people as a whole.

)* The author is a student of IISIP Jakarta