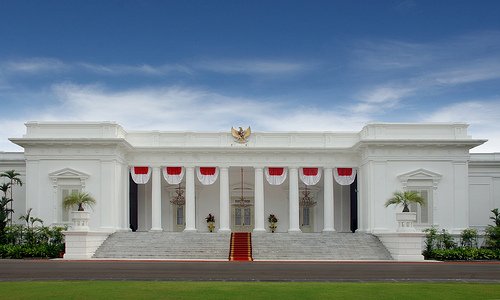 The article on insulting the head of state has recently gone viral because there are parties who allege that this rule has harmed democracy. Even though this article was made in order to maintain the dignity and dignity of the President as a symbol of the state. If we are good Indonesian citizens, we certainly do not accept that the head of state is insulted by other people.

Since 2014, President Jokowi has become RI-1, but unfortunately not everyone is being fair. In a sense, there are still lingering grudges between supporters of each candidate pair, even though the presidential election has long since passed. Supporters who are in the opposition are always cynical and at odds with every government regulation.

Some of them even dared to make memes, jokes, and various content about President Jokowi. Maybe for them this is unique but how can the President be made fun of? Not funny at all. In fact, it is a shame because it shows that Indonesians are not united in supporting their president.

Therefore, the government brought up another article on insulting the head of state. This article was created in 2019 and had ‘disappeared’, but now it is there again and it immediately went viral. Because there are pros and cons regarding this rule.

Article 134 of the Draft Criminal Code states that intentional insult to the president or vice president is punishable by a maximum of 6 years in prison and a maximum fine of 4,500 rupiah. This article is a revision of the rules made in 2019.

The public was immediately crowded because they thought the President would act like the anti-criticism of the New Order era. That’s not the case though. The article on insulting the president is more of an effort to maintain the honor of the president. Because he is the head of state, it is natural that he is upheld by the people and should not be used as a joke.

Imagine if there was a meme or funny content that played a joke on a picture or saying of President Jokowi, and was read by a foreigner. They will feel strange, because they see Indonesian netizens so vicious, that the president himself is ‘attacked’ in cyberspace.

As a result, Indonesia’s name will be bad in the eyes of the international community. Because they are considered to have no attitude in surfing the internet and arbitrarily in cyberspace. If it’s like this, it will affect foreign investors, because they have been wondering first.
It’s sad because it can have a negative domino effect on the economy.
Whereas the article on insulting the head of state does not silence public criticism at all. Because President Jokowi is not anti-criticism. For example, when there was a lot of buzz about the Job Creation Act a few months ago, people who protested were invited to directly report to the Constitutional Court.

Ade Irfan Pulungan, an expert at the Presidential Staff Office, stated that the article on insulting the head of state in the draft RKUHP will not silence public criticism. The public can still provide input and criticism, either directly or via social media. However, if it includes hoaxes and provocative content, of course, action will be taken immediately (by the cyber police).

What is emphasized in this article is that there should be no hoaxes and provocative content, or black campaigns, which are made from photos or news about the President that are made a joke. So people who read or see his photos will get disinformation and become antipathy to the president. Isn’t this character assassination? Therefore, it takes an article to control it.

)* The author is a contributor to the Pekalongan Literacy Forum