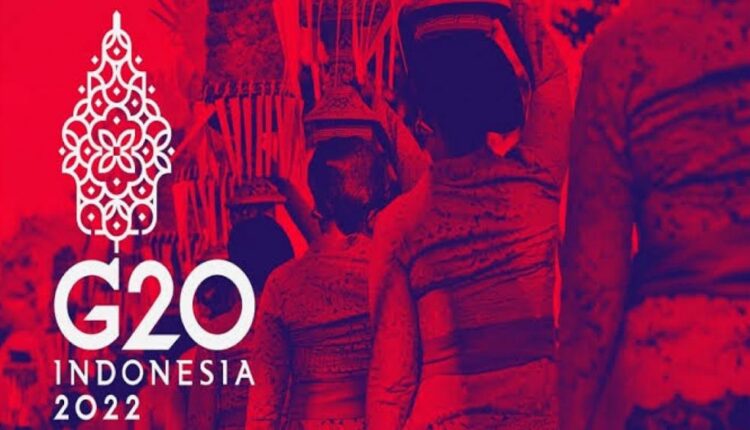 DENPASAR – As long as it is in the national interest, the Balinese people will fully support the Group of Twenty (G20) State Summit, said legal practitioner Dr. I Made Pria Dharsana, SH, M. Hum, in Denpasar, Monday 7 November 2022.

If you learn from history, Balinese people have long accepted figures from abroad, even during the colonial era many foreign national figures were in Bali, such as Adrien-Jean Le Mayeur, Rudolf Bonnet, Walter Spies, and they even settled in Bali. “At that time Bali was better known than Indonesia.”

Said Pria Dharsana, Bali is used to being the host or host, “Whatever activities are carried out in Bali, including international activities, Bali is always ready to organize and make it a success.

Regarding the G20 Summit, it should be an extraordinary opportunity for the academic community, “Because the G20 Summit will not automatically happen again next year, in 20 years we will get the opportunity as the Presidency.”

This is a rotating process, that as the host it will be given to the G20 member countries. Indonesia under the Jokowi – KH Ma’ruf Amin administration will be the presidency and host from 2021 until the middle of this month.

“And that trust is not easy for us to accept. There are all activities to do throughout the year. In this G20 Presidency, there is the economy, creative economy, statehood, tourism, then renewable energy.”

As an academic, said Pria, it seems that not only the general public, but also academics can benefit from the G20 Summit by getting involved, providing input and providing views, on how our natural resources are, how investments are made to Bali and to Indonesia, ” So that this activity does not fully benefit investors, but also adds to the economic improvement of our community, not only today, but also for the next 30 or 50 years.”

It must be admitted, explained Pria Dharsana who is a notary, that there are many countries that cannot rise after the COVID-19 pandemic, so there is a threat of a world crisis. Meanwhile in Indonesia, with President Jokowi’s policy of not closing all access and all economic activities. With this open and close technique, it gives the full opportunity for the community to take part and is not the responsibility of the state alone.

President Jokowi has shown his role in the international world by daring to be present in the midst of Russia’s war with Ukraine, because this war not only affects the surrounding region, but also the threat of a world recession.

The world is also experiencing an energy war, as well as a reduced food supply. “Therefore, what Jokowi is doing is a calculated preparation going forward by creating food fields.

President Jokowi’s role is to show neutrality in times of conflict, “so that as the holder of the mandate of the G20 Presidency, President Jokowi has carried out his role well.” (*)