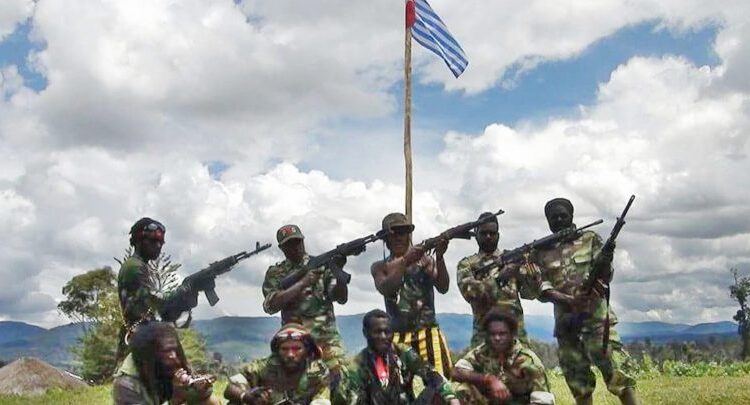 Approaching the OPM anniversary on December 1, the Papuan people were asked to continue to be vigilant, because usually the KKSB went down the mountain. This separatist group wants to invite residents to join in the rebellion. For those who refuse, they threaten them with sharp weapons. Security in Intan Jaya, Mimika and other areas has been tightened.

Security problems in Papua occur because of the presence of an armed separatist criminal group (KKSB) that insists on rebelling. They have been hiding from the authorities and choosing mountains that are still quiet. The existence of KKSB is unsettling because they often force opinions on civilians and display weapons.

Soon the anniversary of the Free Papua Organization (OPM) will be on 1 December. According to tradition, on each of these dates the KKSB will go down the mountain and appear in public. The goal is to invite people to liberate Papua. They are determined to leave Indonesia and have founded the OPM since 1965.

Their existence is certainly unsettling for residents. Papua Police Chief Inspector General Paulus Waterpauw stated that his party had tightened security in the entire Cendrawasih Earth area. Not only in the Mimika area, but also in other places. Like Jayapura and Merauke. The number of assigned officers will be increased, so that there will be no more chaos on 1 December.

Security was tightened so that there was no bloodshed. Because the KKSB became more and more inconsiderate by shooting the officers on duty, as they had done in Sugapa, Intan Jaya. Because they felt the police were representatives of the Indonesian government, they were desperate to launch bullets.

KKSB is a separatist group that stands because it contradicts the results of pepera (determination of popular opinion). They don’t want to join Indonesia. Even though it has been guerrilla for decades, now it is still spreading terror through social media. Even one of their members provoked that if the KKSB did not ‘fight’, the melanesian race would be destroyed.

The accusation is certainly wrong because President Jokowi’s government has never committed racism and used the issue of SARA. Maybe they don’t feel the difference between the current government and the new order, because they have been living in the mountains and forests for too long. Currently Papua is progressing thanks to special autonomy, and KKSB has even rejected it.

KKSB problems are indeed complex. They are sneaky by recruiting new recruits from teenagers who drop out of school. The ABGs were influenced to join the KKSB as a new cadre, with lots of lure. Meanwhile, teenagers who are still unstable feel that being a member of the group is cool because they are brave and can carry sharp weapons.

Where did KKSB get rifles and other sharp weapons? It turns out that they can easily get it on the weapons sales network on the black market. Intan Jaya Regent, Natalis Tabuni, said that in his area, KKSB could buy weapons easily. He immediately criticized and asked the police and the army to help solve this case.

Natalis stated that there was collusion between KKSB members and village officials in the Intan Jaya area. They misused village funds from the government, then bought weapons for the KKSB. Although the village management admitted that he was only threatened by the separatist member, he still violated the regulations, because he was corrupt.

Village funds were transferred through personal accounts and money to buy weapons was also given via bank transfers. So it’s a bit difficult to trace it. So there is a need for cooperation from village administrators and the bank, so that no cases are repeated. Do not let the village administrators lose their positions because they are considered siding with the KKSB.

Papuans are asked not to be influenced by KKSB provocation. Do not also want to be provoked to join, because they are separatists. The apparatus has also increased security in Papua ahead of December 1, so that conditions on Earth of Cenderawasih are always safe and peaceful.

WHO Supports Handling Covid-19 in Indonesia