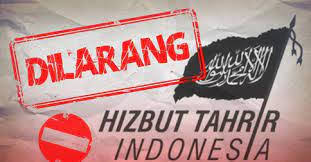 The Khilafah is an ideology that was once echoed by HTI, even though HTI has been disbanded, the potential for spreading that ideology must be watched out for because it contradicts Pancasila.

Darul Ulum University Government Science lecturer , Syaian Choir, said that the Pancasila ideology must be maintained to prevent the spread of radicalism and the spread of the concept of the caliphate . According to him , many younger generations have been influenced by the concept of khilaf ah .

In fact, the idea of ​​the caliphate has been rejected and cannot be applied, even the proponent of this ideology, Hizbut Tahrir, was rejected in 20 countries including Indonesia.

Muhammad Dian Nafi, a caretaker of the Al- Muayy ad Windan Islamic Boarding School (Ponpes) , Sukoharjo , Central Java, talked about the dangers that could be generated if the ideology of the caliphate grew and spread in Indonesia.

According to him , the Khilafah will only lead to the disintegration of the law, diskontiunitas social political system, and finally Indonesia is only a market for the big powers in the world.

Dian firmly stated that the reality since hundreds of years ago has shaped the democratic character of Indonesian citizens who are united because of equality ( musawah ), independence ( hurriyah ), and brotherhood (ukhuwah).

For this reason, Dian reminded all people to be aware of the caliphate ideology and other internationalist ideologies , because this could lead the Indonesian economy to a free market, which is the main agenda of the neoliberal forces.

He gave an example, it is precisely Middle Eastern countries that have been exploited as testing ground for the caliphate system , now they are in a state of chaos.

S hile, Chairman of Board of Nahdlatul Ulama or NU Robikin Emhas call, there keleliruan serious if a Muslim considers the Islamic state is absolute or mandatory established.

Not only that, he also explained that pare terrorists use religious propositions as a basis for establishing an Islamic state with a caliphate system .

Robikin said that the consequence of such thinking is that anyone who has different thoughts will be labeled an enemy and his legal status will be an infidel.

So that the pitch oris only set or splitting duniia in two legal status territoriality . The two regions are the Islamic state and the darul kuffar state, aka infidel countries. Consequently , whoever manages the state, government officials, civilian, will be stamped seb agai taghouts .

If the caliphate is the only legal form of state, then Saudi Arabia is a kafir state. So that the point is not the government system, but Muslims are allowed to carry out all the rules of their religion in any state .

Alamsyah M Djafar as a Senior researcher at The Wahid Foundation said that the idea of khilafah should also be challenged by the idea that the understanding of the caliphate is irrelevant if applied in Indonesia.

The government can of course collaborate with religious or community leaders to collaborate in providing education regarding the dangers of the caliphate and convincing its followers that religion and Pancasila as the basis of the state that have so far been final.

In addition, if there is an issue of a group intending to commit treason, of course the government can monitor their various movements with intelligence-owned tools.

The Khilafah is not only dangerous, but its concept has also been rejected by the Pancasila ideology which was the thought of the founding father of the Republic of Indonesia, so it can be said that followers of the caliphate certainly do not respect the services of the nation’s founders.

Postpone Homecoming to Prevent the Increase in New Covid-19 Cases