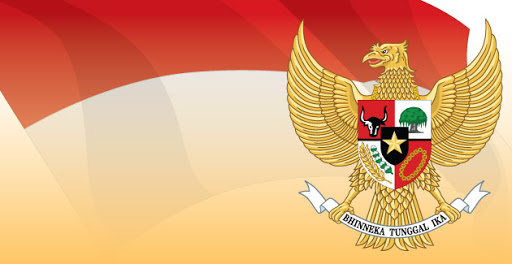 By: Anwar Ibrahim (Chair of the Malang Regional Publication Literacy Movement)
It has been agreed by the founders of the nation, that Pancasila is the final ideology of the nation, namely as a way of life of the Indonesian people who are able to unite any differences by maintaining and implementing Pancasila values ​​through internalizing the ideology of Pancasila itself. Form a view of life that is comfortable, fair, united and full of peace. Because the highest hope for the founders of the nation is to maintain humanity to be well realized from generation to the next generation. Certainly in the current millennial era.

Therefore, it takes intelligence to think clearly that there is no point in defense without a sense of solidarity in it. A defense that eliminates the sense of sacrifice to keep this nation safe without conflict. Defense without a sense of love for the security of the country and its people. Between being defended and the value goals (Pancasila) defended must be correlated and in line with their understanding, meaning, and purpose.

If the defense of Pancasila is outside the context of understanding, meaning and goals of the nation’s founders. Then it is not a goal to defend Pancasila values. Just as group one states readiness, while other groups also say the same thing. Of course this will lead to conflict and division due to suspicion and fighting between the two who have the same goal of defending the Pancasila. Though there is not the slightest value of Pancasila in it.

So the most crucial phenomena of this kind, millennials need to be alert and always ready to face a major threat to the stability and security of this nation. From every momentum to other momentum. Is that the nature of the threat externally, or internally. Like certain groups that manipulate Pancasila to destroy this plural social order in order to be divided.

Because the problem of nationalism will never become extinct. The destroyers of the nation have a long way to go to fulfill their foul goals. This kind of reflection is a big challenge for millennials who love their homeland who always have full awareness to faithfully guard this nation from being free from threats which are very dangerous for the place where they were born and stand.

It must be observant to see the Pancasila manipulators playing the role of ideological forces to fight and try to divide this nation. Millennials with intelligent thinking are able to reduce and understand all parties. Through creative ways but ringing in people’s heads. Through that, growing awareness in attitude and speech. Pancasila values ​​will flourish like rice that grows on the surface of the nutrient-rich soil.

The blooming of Pancasila values ​​in the nation’s next generation is the main and biggest capital to tempt the nation in a sea of ​​threats that can strike at any time. With a solid guideline, namely Pancasila, there is no obstacle that can shake the hearts of the nation’s patriots. Indonesia will exist forever and will even make history as a superior nation and become a reference for many other nations.

Therefore, let’s reject and oppose hoax news about the ideology of Pancasila for the internalization and actualization of the Pancasila Ideology. In addition, opponents of radicalism and communism for the sake of security and stability of the nation and state towards developed Indonesia.

Beware of the Dangers of Radical Understanding