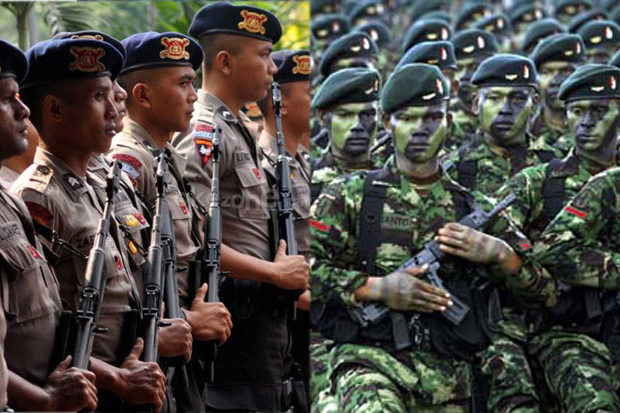 Beware of Disturbances in Kamtibmas and Crime During Ramadan

Ramadan is full of blessings but unfortunately there are people who intentionally commit criminal acts, thereby disturbing Public Order and Security (Kamtibmas). The public is also asked to be vigilant and always be careful in their activities.

During Ramadan we hope that the situation will be conducive and there will be peace everywhere. But unfortunately there are individuals who have been prompted by the devil and committed various crimes. Most of the time when they are arrested, the person has the excuse that they need money for Eid, even though the holidays don’t always have to be with showing off new clothes, jewelry, and various other luxuries.

During Ramadan there are people who have the heart to spread counterfeit money and it is clear that this is a crime. The Directorate of Economic and Special Crimes of the Criminal Investigation Unit of the Indonesian National Police has arrested 12 perpetrators of the counterfeit money circulation network in Kebayoran Baru, they forged both foreign currency and rupiah. Its network is also widespread, not only in DKI Jakarta, but also in Jember, Probolinggo, and Surabaya.

The actions of these individuals greatly disturbed the security and public order (Kamtibmas) because the people were at a loss and were afraid of getting counterfeit money. This network of unscrupulous individuals takes advantage of the moment during Ramadan when the circulation of money occurs faster, because people buy basic food stocks, ingredients for making pastries, and also clothes to wear during Eid.

The public is asked to be aware of the circulation of counterfeit money and apply the easiest way to identify it, which has been taught by Bank Indonesia. First, the money is seen carefully whether the nominal and serial number are correct, because sometimes there are mistakes by people who make several counterfeit notes with the exact same serial number.

To anticipate it, the whole community should buy a tool equipped with UV light to test for counterfeit money. If it is placed under it, it will be seen that what is being held is counterfeit money. The perpetrators just need to be reported to the authorities for the crime of counterfeiting money.

In addition to counterfeit money, the public must also be aware of other criminal acts, namely phishing. This fraud occurs via gadgets and if a phishing occurs, you must be alert. The mode is that there are sites or individuals who spread links with the lure of quizzes with abundant prizes.

In fact, if the link is clicked it is very dangerous because all personal data, especially passwords, will be easily stolen by hackers. They can find out ATM pins, paypal passwords, and various other financial access and steal money from your account.

The public is asked to be more careful because phishing is a crime and makes many people lose because their money disappears. Especially during Ramadan, there are many needs, from zakat rice to homecoming tickets. If the money is lost, you will cry with regret.

Don’t click on a link carelessly, especially if it’s circulated from a broadcast. Even if it is people you know who are spreading, don’t click right away because they might not know that it’s a scam either. Remind him in a subtle way so as not to be deceived by phishing.