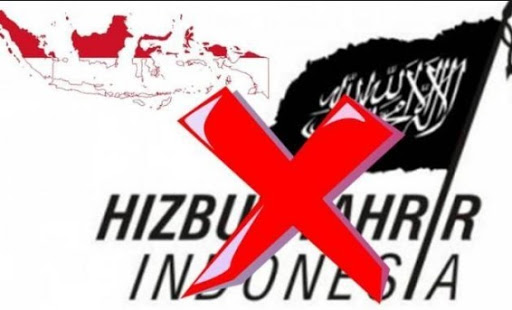 Maybe someone will ask why HTI was stripped of its legal status by the government. Of course, the dissolution of these mass organizations is not without reason, because HTI is considered to be against the state ideology, Pancasila. So that even though the organization was dissolved, of course the residues of its ideology were still carried by some of the ex-HTI who were maneuvering.

At that time, HTI as a legal entity did not play a positive role in taking part in the development process to achieve national goals. HTI activities are strongly indicated to be in conflict with the goals, principles and characteristics based on state ideology.

Judging from its origin, Hizb ut-Tahrir is a political organization with an international Islamic ideology. Hizb ut-Tahrir was born in 1953 in Al-Quds, Palestine. In the Hizbut Tahrir site, it focuses on the struggle to awaken people around the world to restore Islamic life through the re-establishment of the Islamic caliphate.

This movement was spearheaded by Sheikh Taqiyuddin An-Nabhani, an al-Azhar scholar from Egypt and who was a judge at the Sharia Court in Palestine.

Overall, HTI activities are activities of a political nature by putting forward Islamic concepts and laws to be realized in government.

HTI is considered dangerous because it makes a Muslim experience an “ideological leap” in which when someone only knows Islam as a ritual of worship, it becomes enlightened that Islam is an ideology that can offer accurate solutions compared to communists and capitalists.

As long as HTI still existed, they also created a dakwah wing organization which was used to recruit and spread their version of religious understanding to the wider community. Not only that, this organization is increasingly seeing its orientation not only on religious teachings, but a political orientation that threatens the integrity of the Unitary State of the Republic of Indonesia (NKRI).

In the past, HTI also spread its preaching to campuses, they also built ideas to stem liberal and anti-democracy thinking. So that what they are blowing is the ideology of the caliphate that is not suitable to be applied in Indonesia.

We all know that since the inception of Indonesia, we have never had a formula using the Islamic State system. Because Indonesia was not only founded by Islamic kiai or scholars. However, the establishment of Indonesia was an opportunity for consensus from various groups to gain independence from colonialism at that time. With a multicultural society, it is impossible for Indonesia to use a centralized government system (one leader only), because this is not in accordance with the democratic system adopted in Indonesia. The concept of a caliphate will in fact cause enormous conflict and damage in various regions.

Even though it has been disbanded, it seems that the former HTI movement still exists in Indonesia. Cries to uphold the caliphate, the flags that have become symbols of their movement are still seen and scattered at times. For example, when the moment of the 2019 Election. There were many demonstrations here and there, they played a role in it. This is natural, because on one hand they take advantage of the opposition’s opportunity as a field to continue to fight against the government.

On the other hand, the former HTI is also still spreading the ideology of the caliphate through preaching under the guise of religion targeting students and students. Of course you can imagine if young people who think democracy is heretical, then they will not sing the Indonesia Raya song in the next ceremony.

Although currently no longer using the name HTI, the understanding of the caliphate it carries is still trending on social media such as Twitter and Facebook. In fact, since the Covid-19 pandemic hit various countries including Indonesia which has had an impact on various sectors of life including activities carried out online, the ex-HTI group has been indicated to optimize their preaching through streaming media such as zoom applications or live streaming on Instagram and Facebook.

Even though the organization is disbanded, it does not mean that the preaching struggle of former HTI administrators, activists and members has stopped. The campaign that aims to ground the caliphate is a religious mission they carry, they are even ready if at any time they are arrested by the authorities because of their preaching.

Of course, not all da’wah is dangerous, but if this da’wah is accompanied by provocative narratives, it is very likely that the preaching they are spreading is not about peace, but about the threat of destruction of the state state not applying the concept of khilafah.