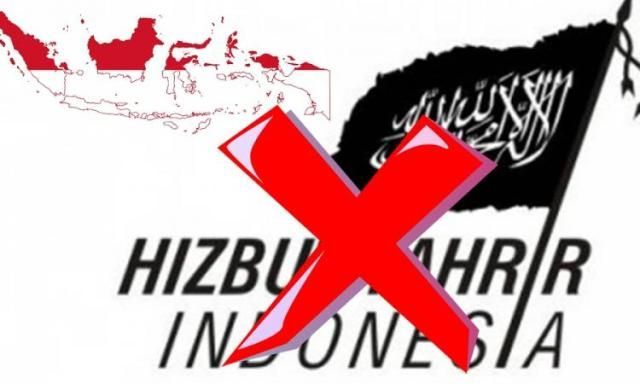 Beware of Ex-HTI Provocation during the Covid-19 Pandemic

Opinion, suaradewata.com – HTI sticks its nails for the sake of the ambition to uphold the caliphate state in Indonesia. Even though this organization has been disbanded, so it has no right to hold meetings and recruit new recruits. Their efforts to rise up secretly were discovered and we must be alert if there are suspicious events, including during the Covid-19 pandemic.

In Rembang Subdistrict, Pasuruan, to be precise in Kalisat Village, a school was raided by a mob. It turned out that HTI was secretly recruiting new members. The masses immediately took action and dismissed the event, fearing that it would poison the minds of many people. As well as influencing them to establish a caliphate state.

Minister of Religion Fachrul Razi stated that HTI has been dissolved, even since 2017. So when there is a raid, it’s okay, because they don’t have permission to do activities, give lectures, hold cadres, and socialize the caliphate system. The dismissal of this event does not violate human rights because HTI is a prohibited organization.

The dissolution of HTI is based on the decree of the Menhukam number AHU-30.AH.01.08 of 2017 concerning the revocation of the decision of menhukam number AHU-0028.60.10.2014 concerning the approval of the legal entity of the HTI organization. This organization was disbanded because it always wanted to change the government system in Indonesia. This is dangerous because it can lead to separatism.

The Indonesian people must be aware of provocation from former HTI members. They felt hurt because they were disbanded, then formed a guerrilla movement so that they could build a state version of the organization itself. This movement can be called treason because it wants to replace the Pancasila principle and be replaced by a state based on religious law, such as in Saudi Arabia.

In fact, since 1945, Bung Karno, Bung Hatta, and other figures at the time of the proclamation stated that Indonesia was a democracy. This country consists of 6 recognized religions and there are also many ethnic groups. So it is impossible to change the basis of the country at will. Because it will betray the efforts of the fighters and plokamator figures when forming Indonesia.

If the former HTI protests why their business is always broken and even if their members are arrested by the authorities, don’t be angry. There is no smoke if there is no fire. They clearly violated the rules and did not accept that their organization was dissolved. The caliphate state was also incompatible with Indonesia’s conditions. So don’t play the victim and blame the apparatus who catches it.

People also have to be careful when surfing on social media. If there is content that is actually made by ex HTI, it must be observed. Do they secretly create new Instagram accounts or gather in Telegram and WA groups? This collection is easier to trick the authorities because it takes place in cyberspace. So don’t just click and enter the group arbitrarily.

If there is a suspicious account that invites you to establish a caliphate state, and is suspected of being created by a former HTI member, just report it to the cyber police. They can browse the post and then take down the content. Do not hesitate to report, because the slightest suspicion can lead to revealing the facts of their underground movement.

Hateful content against the government could also be suspected because they could be former HTI members who were hurt because their organization was disbanded. Minister of Religion Fachrul Razi emphasized that people should use social media wisely. Don’t even use it to write hate speech, nagging, and sensitive issues.

If there is such content, it could be subject to ITE law and be punished accordingly. So every citizen is obliged to watch the talk in cyberspace. Also, don’t be easily influenced if someone asks to change the basis of the state and replace it with a caliphate.

Don’t want anyone to invite you to jointly establish a new country in Indonesia based on the caliphate. Because we have fixed it as a democracy based on Pancasila. Beware of hateful content and report it to the cyber police immediately.

Indonesia is Optimistic Can Get Out of the Covid-19 Pandemic