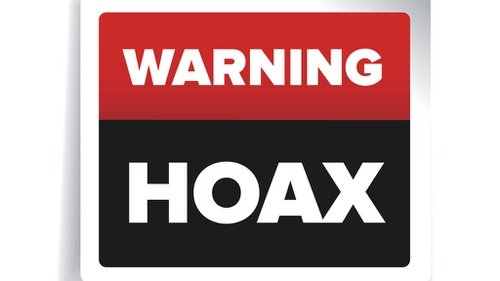 By: Zakaria) *
The government has shown its openness in discussing the Job Creation Law. However, the disinformation and controversy that has already spread have generated its own unrest. The public is also urged to be aware of hoaxes surrounding the Job Creation Law that can distort information and trigger unrest.
Mahfud MD as the Coordinating Minister for Political, Legal and Security Affairs (Menko Polhukam), regretted the large number of fake news or hoaxes on social media around the Omnibus Law on Job Creation.
He emphasized that the government did not reject discussions to explain the problem regarding the Job Creation law. But the data must be accurate, not based on hoaxes.
Mahfud also hopes that broadcasting institutions can help the government in an effort to clear information about the Job Creation Law to the public. This can be done through the distribution of public service advertisement broadcasts.
Meanwhile, Labor Observer from Gajah Mada University (UGM) Professor Tajuddin Noer Effendi said this lack of communication was one of the government’s shortcomings in drafting the Omnibus Law. This has led many parties to reject this law even though they do not know its contents.
In discussing the Job Creation Law, Tajuddin said that the government actually invited universities and labor unions. But unfortunately in some discussions only a few were present.
He emphasized that if the public is serious about reading this law, actually the contents of the law are aimed at helping workers who have not found a job. By attracting investment, it can create jobs and reduce unemployment.
However, since the Omnibus Law was passed by the DPR, various fake news or hoaxes have developed in the community. The scattered hoaxes, among others, concern issues of worker status, wages and regulations on foreign workers.
For the issue of severance pay, for example, in Article 156 CHAPTER IV concerning Manpower, it is stated that the regulations on severance pay and / or service pay, and compensation for rights will be regulated in a government regulation.
For severance pay, if the entrepreneur makes layoffs, the entrepreneur is obliged to pay severance pay. Specifically, severance pay for a service period of less than one year is one month of wages, until a work period of 8 years or more gets 9 months of wages.
Meanwhile, the reward money for a work period of 3 years or more but less than 6 years will get 2 months of wages. Then if the work period is 24 years or more, you will get 10 months of wages.
It was also circulated that after the Employment Creation Law was passed, workers would receive wages that were calculated per hour.
Referring to Article 88B Chapter IV concerning manpower, it is stated that wages are determined based on the unit of time and / or the unit of yield. Further provisions will be regulated in the PP. With units of time there are no rules that state wages based on the hour.
Hoaxes that are no less troubling are hoaxes related to the absence of permanent employee status. Even though the status of permanent employees will still exist based on article 59, a work agreement for a certain time (PKWT) or commonly known as a contract worker can only be made for work that will be completed within a certain time. PKWT cannot be done for work that is permanent. If the PKWT does not meet the requirements, it will become an indefinite work agreement (PKWTT) or permanent employee.
Besides that, one of the disinformations that should be watched out for is the loss of all leave rights. However, in reality the right to leave and rest time still exists, in article 79. Annual leave is given at least 12 days for workers who have worked for 12 months, and is regulated in a work agreement or company regulations. Companies can also provide long breaks.
The hoax news circulating is that foreign workers are free to enter Indonesia. Of course, in responding to this news, we should refer to article 42 which is written, that every employer who employs foreign workers must have a plan to employ foreign workers (TKA) which is approved by the central government. The use of foreign workers is also determined within a certain period of time, and it is prohibited to hold positions in charge of personnel.
Of course we must be able to read the substance of the Job Creation Law in a comprehensive manner, so that it is not easily provoked by opinion submissions which turn out to be based on false news.

Government to Intensify Development in Papua