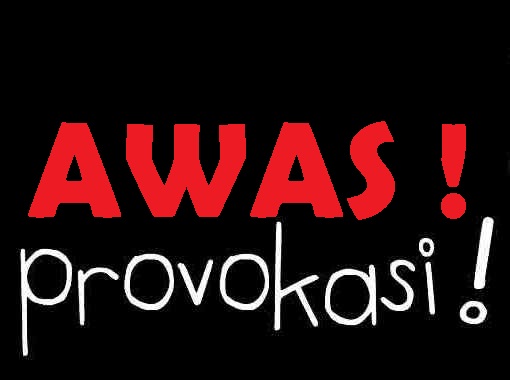 KAMI statement in support of the labor demonstration shows their steps to continue to provoke the people. While the issue of rejection of the omnibus law was hot, they took part in their adjudication and declared pro labor. In fact, what exists is a competition between workers and the government.

KAMI, through its presidium, Gatot Nurmantyo, expressed support for the workers to demonstrate. In its official statement, KAMI support the workers’ constitutional steps to strike a mass strike on October 6-8. Apart from that, they also criticized the omnibus law which was considered detrimental to the people.

However, the workers should not be happy with KAMI support, because this is just a political game. Where workers deliberately clash with the government. KAMI understand that the majority of Indonesian citizens are workers, both white and blue collar. When workers are in turmoil, it’s time to heat them up to continue to oppose the government.

In fact, not all workers support mass strikes and demonstrations against the omnibus law. However, there could be KAMI provocateurs who incited them to hold a demonstration. When everyone is affected, the organization will just laugh, because the government can be cornered by its people.

KAMI formation was intended to make the people hate the current government. Because this organization is always looking for faces and finding ways to attract the sympathy of the people, by pretending to suffer with the people. Even though the main goal is to aim for the RI-1 seat in 20204.

According to writer and activist Denny Siregar, KAMI are deliberately riding the labor action. He also asked, to whom to take sides? That is, to KAMI or other parties. Denny questioned our credibility. In that sense, do they want to save or destroy Indonesia and become provocateurs?

KAMI mode of supporting the workers is to provoke them to fight against the government that is considered unfair. After expressing support for the workers and winning the sympathy of the people, they were happy that finally the people turned around. From previously being pro-government to hate it immediately.

Even though KAMI are only popular in labor actions, in order to get publicity. In fact, they took advantage of the demo moment so that the demonstration was more heated and the number of workers demonstrating increased. If the long march is carried out for 3 days in a row, it is expected that the masses could go on a rampage and push their way to the MPR building.

If the workers have started to heat up and commit acts of anarchy, then the provocateurs just need to be smuggled into the middle. The scenario was that they made the crowd even more angry and mentioned the mistakes of the government. It is predicted that there will be demonstrations like 1998 which succeeded in overthrowing the New Order regime and now there are plans to overthrow the seat of power.

Initially, KAMI steps to make the people hate the government were to make 8 demands and force impeachment. But when they failed, they found their way when there was a labor demonstration. KAMI even feel happy because we don’t have to get dirty hands to continue the presidential change program.

The workers do not want to be used by KAMI to influence them, so that they continue to hate the government. Because in reality, it was the small people who were demonstrating, being used as an extension to take the presidential seat. KAMI just need to provide support then wash our hands, and reap the rewards to come to power.

What did the workers get? None at all. Instead KAMI laugh because the scenario works. Even though they only win at their age, older leaders are usually less innovative. Do you want Indonesia to be led again by conservatives? We might fall further into a recession, because there is no reform in state management.

Therefore, don’t be easily provoked by KAMI provocation. Moreover, the demonstration is just to join in, as a form of solidarity. Because we should have read the omnibus law draft carefully and canceled our intention to demonstrate. So KAMI bite our fingers and fail to complain between workers and the government.