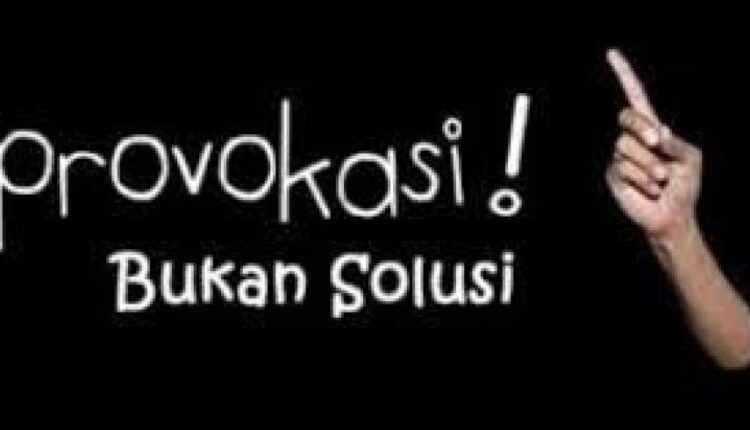 KAMI presence that wanted to save Indonesia was even mocked because it made a declaration in a public space and was attended by hundreds of people. During the declaration, they read out 8 demands for the government which unfortunately sounded more as a provocation. This bad influence could hinder government steps to overcome the corona pandemic.

The Coalition for Action to Save Indonesia (KAMI) is a collection of national figures such as Rocky Gerung et al. After it was declared last August 18, many ridiculed them because they thought their event violated the rules. KAMI curse the government for being said to have wronged the covid-19 pandemic, in fact they also violated health protocols.

KAMI Declaration was attended by hundreds of people and did not adhere to any distancing rules. There were even members who deliberately took off their masks. This situation is dangerous because the transmission of corona can occur. Germs across the ocean are visible, elephants are invisible to the eye. They are busy blaming the government but at the same time violating safety standards to handle corona.

People who watch the declaration or read the news can also be influenced, then think it’s okay to make an event that invites the crowd. Because imitating the careless behavior of KAMI members. Even though we know that now the Covid-19 virus can be transmitted in stuffy air, so crowd events are very dangerous for health.

During the declaration it was only filled with provocative reading of demands, because it did not match the reality. According to the head of the DPR Faction, Cucun Syamsurijal, it is permissible for someone to express their opinion. Moreover, we live in a democratic country. But don’t make anything that leads to provocation, let alone hoaxes. There must be checking and balances on the coalition.

Politician Sufmi Dasco Ahmad reminded KAMI members not to go too far in expressing their opinion. Indeed, this right is guaranteed by the 1945 Constitution. However, something excessive is certainly not good. Supposedly as senior figures, they are better able to put a brake on speech.

One of the points in KAMI demands contains pressure on the government to take the Covid-19 pandemic seriously. As well as helping the poor who were directly affected by the corona. The public can be provoked and then think that the government is not serious in dealing with corona. All government programs are ignored.

This is even confusing because the government is struggling to make regulations such as socializing health protocols and improving the welfare of health workers. But people are ignorant and think why obey the government? All because of KAMI provocation. This situation is dangerous because it can increase the number of people without symptoms.

The public is asked to think clearly and not to be easily provoked by KAMI members. If they want to save corona victims, why not make a separate donation? Why wait for help from the government? President Joko Widodo has shown his work and work motto, and is directly involved in helping the community.

KAMI demands are just provocation and slander. In fact, there have been a lot of assistance such as social assistance packages, BLT, pre-work cards, and other programs to deal with the Covid-19 pandemic. The fate of doctors and other health workers was also taken into account, because they received special intensive. Brands also get proper lodging so they are not afraid of infecting their families at home.

KAMI can only accuse without any concrete evidence, so don’t be provoked by what he said. We have 8 demands, consider it just a wind or a joke. Don’t be too serious when reading it, because what is being accused is only based on conjecture. The president has stayed cool in facing KAMI and the people don’t get burned by his influence.

KAMI eight demands are shrouded in hatred and a scent of revenge, because they are no longer elected as officials. Especially when they accuse the government of failing to handle the Covid-19 pandemic, but in fact the KAMI declaration could lead to a new corona cluster. People are asked to remain calm and don’t want to be invited by them.

)* The author is active in the Jakarta Press and Student Circle

The Job Creation Bill Improves the Quality of Human Resources