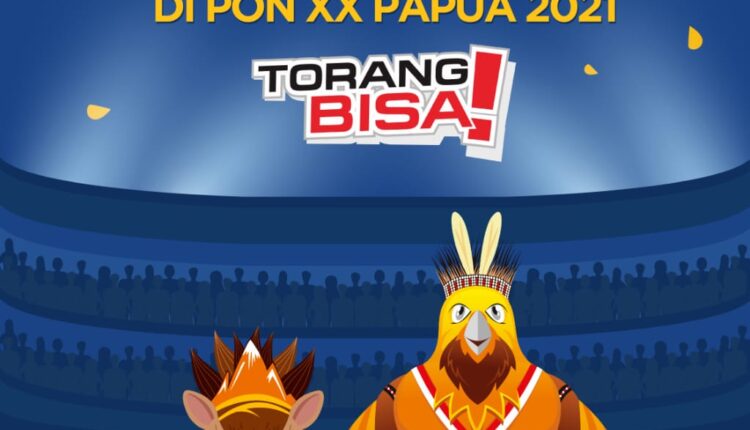 Soon XX PON will be held and the apparatus will tighten security in order to minimize various threats from the Separatist and Terrorist Groups (KST). The KST gang is a collection of vile people who have the heart to hurt people and threaten the security of XX PON.

This is the first time that the XX National Sports Week (PON) has been held in Papua and the committee is really keeping this competition safe. First, it is safe from the danger of Corona because PON is carried out during the pandemic. Second, it is also safe from external disturbances, aka threats from separatist and terrorist groups (KST) and the OPM.

Deputy Chairman of BIN Lt. Gen. TNI (Ret.) Teddy Lakshmana Widya Kusuma stated that KST increased terror acts with the aim of thwarting PON XX. In addition, they want to create instability to attract international attention. In a sense, the terror that is being spread has another purpose, not to scare citizens but caper to netizens in all parts of the world.

Indeed, PON is a national event but in the current era of information technology, there will be a lot of media covering it, not only from Indonesia but also from abroad. The reason is, during the pandemic sports competitions are rarely held, and the last one is the 2020 Tokyo Olympics. When there is PON XX, journalists also compete to cover and make the best news.

So that this situation will be used by KST to attract the attention of journalists and the public who do live streaming when XX PON is held. They will deliberately create a melee so that the focus of the camera will be split. No longer seeing the match in the arena but moving on to the riots that KST deliberately organized.

KST deliberately throws tantrums, especially near the arena, because international attention is being focused on this sporting competition. So if there are KST members who are highlighted by journalists, they hope that netizens from other parts of the world will sympathize and support the Papuan independence movement.

While outside the arena, KST also rioted in the Maybrat area. They attacked the Kisors Posramil and in that fateful incident, 4 TNI soldiers died. The presence of fatalities certainly makes the community more critical of KST, for being too desperate to shoot at the officers and deliberately creating chaos, to disrupt the preparations for the XX PON.

This is, of course, very dangerous because outside parties should not interfere to disrupt PON just for the sake of their existence. KST is indeed not 100% eradicated and the officers are working hard so they don’t disband the event, so that security will be even tighter. In addition to the officers, volunteers consisting of indigenous Papuan youths were also on guard to secure the area around the competition arena.

To prevent the entry of KST near the PON venue, security is also equipped with drones. By utilizing technology, the drone is flown up to a radius of 3 KM and it is equipped with a camera, so it can monitor whether there are riots caused by KST’s actions.

Lt. Gen. TNI (Ret.) Teddy added that currently KST is terrorizing, especially in the Puncak Regency area. There is a conflict prone area so that the guarding is further enhanced. In addition, there was also a campaign by the residents who were pro-Otsus to fight the propaganda of KST, because they attacked not only physically but also mentally. This could be a psy war so that the authorities prepare various accurate strategies.

Guarding both around the XX PON arena and in other areas is increasingly being improved, because there are 4 competition centers spread across Papua and West Papua. For this reason, the apparatus is increasing their vigilance so that there is no chaos due to the actions of KST, which seeks international attention.

PON XX must be 100% successful and the apparatus is trying hard to prevent its failure because of KST’s actions. So far these terrorist groups have always hated government programs and for them PON is just a nuisance. Therefore, before being terrorized by KST, various prevention efforts were carried out.

By: Deka Prawira)* The author is a contributor to the Press Circle and Cikini Students