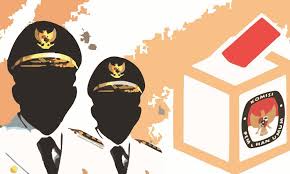 Beware of OUR Maneuvers Ahead of the 2020 Pilkada

Indonesia will hold simultaneous regional head elections, December 2020. However, this event is in danger of failing due to OUR provocation. They demanded the government to postpone its implementation because it was feared that it would create a new corona cluster. Suddenly this statement made the public even more rejecting US.

WE stated that their organization wanted to save Indonesia. But in fact it made a controversial statement. For example, they still think that this country is in a recession. People only laugh at it because it is evident that Indonesia’s economic condition is still safe, and many even buy branded goods .

Another controversial statement that came out of the mouths of US members was the demand that the government postpone regional head elections simultaneously. Later, when things are safe, then the voting will be carried out. The reason is because currently it is still a pandemic, so it must be concerned.

WE also asked the government to protect the people from the possibility of a corona cluster forming during the regional elections. Especially now that there are more and more Covid-19 patients. Therefore, the KPU and the government must prioritize the people rather than holding regional head elections.

Politician Ferdinand Hutahean stated that OUR demands show their hypocrisy. They are dishonest and forget to reflect. Even though during the declaration on August 18, and the WE declaration in the regions, there was a crowd that could potentially cause the corona cluster.

OUR demand that the election is postponed is like the expression ‘germs across the ocean are visible but the elephant in the eyelids is not visible’. They can only sue the government, but do not realize their own mistakes. As senior figures, they should know themselves and carry out evaluations, before gossiping and scapegoating other parties.

Moreover, currently the process ahead of voting is already underway. The candidates for regional head have already registered themselves with the KPU and will pitch in to recruit potential voters. If the election is postponed, it will ruin the well-laid schedule. After all, the voting date has actually been postponed from the original plan due to the pandemic, don’t be pushed back because it messes up.

The community increasingly rejects the existence of US because they casually make statements and forget about the fatal mistakes that have been made. Their mode is to save the people from corona, but they can only talk and order the government. If WE are serious, then they should be willing to volunteer for the covid-19 vaccine and get injections one by one.

Moreover, the election was in accordance with the protocol. Regional head candidates register with the KPU wearing masks and obey other health regulations. They also carry out online campaigns on social media, in order to avoid the crowds. Realizing that potential leaders are role models, they must obey the rules of keeping distance.

During the regional elections, the seat spacing between voters is also regulated. They are also required to wear masks and a place to wash their hands is provided. All of this is done in order to minimize the risk of corona transmission during regional head elections. So that after the event no new clusters were formed.

WE always distort facts and ignite people’s emotions to thwart the regional elections. If the KPU rejects the demands to postpone the election for regional heads, they may order the public to abstain. The reason is that the government did not save the people, even though the elections were in accordance with health protocols.

Do not want to be provoked by OUR policy because they always blame the government. How can you save Indonesia if you act hypocritically, demanding that the regional elections be postponed on the grounds that it is still a pandemic. However, WE invited hundreds of people to the declaration and it could potentially spread the corona virus .

Every US member should do an evaluation, why is there always resistance from the people? They forget that now Indonesian citizens are politically literate and cannot be persuaded by false promises. WE, who can only sue the government , are always considered the winds of the day by society.