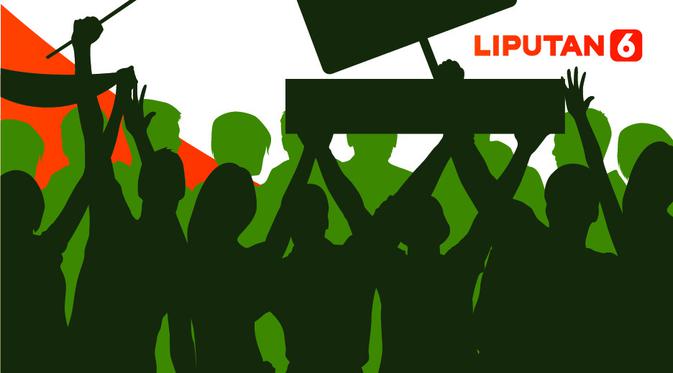 Beware of Provocation of Demonstration Against PPKM

Emergency PPKM which will apply until 20 J uly 2021 turned out to incite provocation handful of people to protest against it. The public is asked not to be provoked because it can create a Covid-19 cluster and hinder the handling of the Corona virus.

More than a year of the pandemic has made people accustomed to rules and restrictions, ranging from PSBB to emergency PPKM. However, when there was an emergency PPKM, they were a bit surprised because again there was a prohibition on the mobility of citizens and there were strict barriers. Then, there were those who initiated demonstrations against PPKM because they felt that this program was not useful.

On social media, there was an invitation to hold a demonstration against the Emergency PPKM in Bandung on 21, 22, 23 July 2021 at the Bandung City DPRD Building. A similar invitation was previously viral in several newspapers such as Pasuruan to Kediri. Netizens immediately commented and there were pros and cons.

The chairman of the Tanfidziyah PCNU of Kediri City, KH Abu Bakar Abdul Jalil, expressed his opinion about the Emergency PPKM demonstration . The cleric, who is familiarly known as Gus Ab, did not approve of the demonstration and asked residents not to be provoked. The reason is because this event does not have a permit and does more harm than good.

The public is asked not to get emotional because of an invitation to a demonstration, let alone holding a similar event in another city or district. The reason is because they must realize that PPKM is a program to save citizens from the dangers of corona, not to plunge them.

Why are people prohibited from being provoked by anti-PPKM demonstrations? The reason is because the daily corona cases in Indonesia have more than 40,000 people, and this spike is really dizzying. If there are demonstrations, especially in many places, there will be mass gatherings and an increase in corona cases in this country. Therefore, do not be easily swayed by provocateurs.

How can they refuse PPKM? Imagine if there were no PPKM and inter-city/district and province dividers, the number of patients would increase even more. The reason is because mass mobility automatically makes corona cases more and more, because people move from the red zone or vice versa and carry the covid-19 virus.

Moreover, the delta variant corona, which has spread recently, is very dangerous than the alpha variant, which was the first to enter Indonesia last year. This virus can pass from OTG to healthy people (without a mask) and eventually spread. If it really happened, it would be very fatal because it could cause terrible mass deaths.

If people immediately get emotional because of provocations, and take part in an emergency anti-PPKM demonstration, either in Pasuruan or other areas, they are afraid that they will form a new corona cluster. The reason is because during demonstrations there must be a mass gathering that has the potential to cause the spread of the Covid-19 virus. During the demonstration, it would be difficult to maintain a distance, so the situation is very vulnerable to corona virus transmission.

It is certain that the anti-PPKM demonstration will be disbanded by the authorities, because it does not have a permit from the police. The apparatus will never allow demonstrations during a pandemic, because there are crowds and cannot implement physical distancing . So that automatically violates 2 points in the health protocol and thwarts government programs.

The public is advised not to take part in the emergency anti-PPKM demonstration, because this program was created to save their lives from the dangers of the COVID-19 virus. If there is an anti-PPKM feeling, it will be disbanded, because it clearly violates the social distancing rules and creates crowds on purpose, so it is feared to create a new corona cluster.

)* The author is a citizen living in Pekanbaru

#Beware of Provocation of Demonstration Against PPKM
19
Share FacebookTwitterGoogle+WhatsAppEmailTelegramLINEBlackBerryPrint