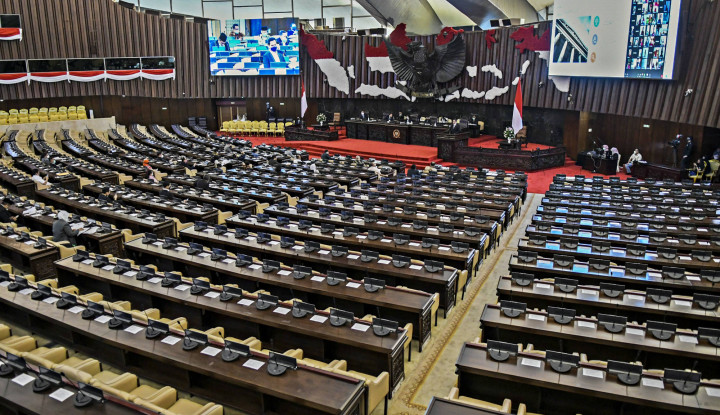 The draft of the Pancasila ideology bow is still a hot issue in the community because it does not include the MPRS TAP on the dissolution of the Indonesian communist party. Although the proposal of the HIP Bill has been rejected outright by President Joko Widodo, many parties have protested and demanded that this proposal be revoked. This condition is very dangerous because provocations can arise between the government and its people.

The issue of communism is a very terrible thing, because people still remember the atrocities of the PKI in the past. When the HIP Bill proposed by one party faction did not include the MPRS TAP which prohibited communism, marxism, and Leninism in Indonesia, spontaneously many people protested and immediately staged a demonstration. Even though it was clear that the discussion of the bill was postponed, because the focus of the government was to overcome the impact of the co-19 pandemic. The President also stated that he never gave a presidential statement and accepted the proposed bill.

Even so, there are still people who don’t trust the government. Many mass organizations are still demanding the government to revoke the proposed HIP bill. Even though Minister Mahfud MD has explained that the person who can revoke the bill is the DPR, because he first proposed it. If the president revokes it then it is not in accordance with the laws and regulations of the country.

The public is apparently still not satisfied with the postponement of the HIP Bill. They even accused the government of deliberately delaying it and realizing it one day, and also pro to communism. Even though the fate of this bill has now been returned to the factions that proposed it, to be re-evaluated. The party faction has also promised to include the MPRS TAP and ensure that there is no communism that has reawakened in Indonesia.

PPP General Secretary Asrul Sani stated that there were accusations of communist understanding in the HIP Bill, because there was no TAP MPRS No. XXV 1966 concerning the dissolution of the PKI. So it makes prejudice that this bill is ridden by communists or left wing groups, who want to reappear in Indonesia. So the DPR must be open in accepting input, so that the contents of the bill are adjusted and do not provide an inch of space for communists in this country.

The polemic regarding the HIP Bill should be watched out because it could be a wetland for provocateurs to complain between the government and its people. Moreover, the issue of communism is hated by the public. Provocateurs can continue to instigate that the government has apparently quietly revived communism. Eventually the community was affected and made a demonstration, even though mass gathering was certainly very dangerous. For violating physical distancing rules and potentially spreading covid-19 virus.

We must be observant when reading news and viewing content on social media. Check first whether the article is accurate or just a hoax made by provocateurs, so that more and more people don’t want to be pro-government. Check the date and the events, because the images presented can only be taken from other media. Logically, it is impossible for the government to pro-communist, because Indonesia still adheres to the principle of Pancasila.

When reading the news in online media, see whether the media company is valid or just mischievous. Because in reality everyone can write on the internet about the provocation of communism. News that is spread on WA and other social media can also be easily cropped and edited to provoke the community.

Do not be easily offended when you read the news about the HIP Bill because the president has firmly rejected it. It is impossible for communism to be allowed to grow again in Indonesia. Pay close attention when reading a story, and don’t be easily influenced by provocateurs.

Beware the Spreading of Radicalism among Students