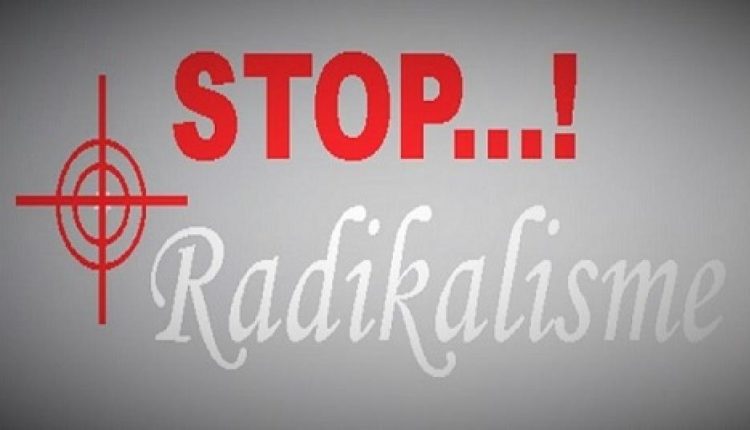 Social media, which has been booming for several years, has two sides. The positives are that it forms a network of friends, but the negatives can also be abused by radicals. They are covert campaigns on social media because they are cheap but can reach many people. Beware of radicalism content on social media.

During this pandemic, more and more people are accessing the internet, especially social media. But unfortunately not all the content there is good. there are only hoaxes and content that was apparently made by radicals. They make underground movements on Twitter and Instagram, because it is safer than cyberspace. In addition, the cadre is also easier and faster.

The content of radicalism spreads because they make it so nicely. Usually the content is illustrated with the goal of forming a just and prosperous Caliphate state. Also all members of the radicals can automatically enter heaven, because of diligent jihad. Even though we all know that this is not necessarily true, because it is not humans who determine it.

This is proven by the findings of the Ministry of Communication and Information. There are more than 11,800 radically charged content on social media. All the content has been taken down. But like fall 1 grows 1,000, similar content continues to emerge. This is frustrating because of course the Ministry of Communication and Information and BNPT cannot continue to oversee the activities of people in cyberspace.

Why do some people believe in the content of radicalism? According to the Inspector General of Police Ir. Hamli, ME, Director of Prevention of BNPT RI, this happened because of the rapid information technology. But unfortunately not accompanied by the ability of community literacy. So they are easily provoked by the images and news of radicalism without checking the truth.

There are still many people who read the news shared on social media, only from the title. After that he concluded himself. Though the contents and titles can differ greatly, because the title contains a bait verse. The title is always made horrendous so that it is clicked by many people. This reluctance to read is exploited by radicals.

In addition, the community also has a short axis. They get angry easily when there is content on social media that provokes. Usually invites account followers to help hate the government which is considered to be wicked. The Caliphate is the solution. Even though the government has tried to prosper the people and Indonesia is a Pancasila country, not the Caliph.

To overcome this, a program is needed so that people are not easily affected by hoaxes and radicalism content. You do this by instilling awareness in them, that the radicals are not reluctant to use violence to get their will. The public is also invited to examine the content, whether it is a hoax or a fact.

Cultivation of a sense of nationalism and patriotism is also mandatory. So content should be reproduced to instill a sense of love for the motherland. Also invites young people to surf healthy and not easily influenced by radicals. If there is suspicious content, they can report it to the Ministry of Communication and Information.

We must be aware of radicalism on social media because radicals create misleading content. They deliberately do it in order to get new members. Social media was chosen because it is safe from police surveillance. Even if found out, radicals could be affected by articles of the ITE Law. Do not easily believe in 1 content on social media, first check the facts.

Alfisyah Dianasari, the writer is a citizen, lives in Depok