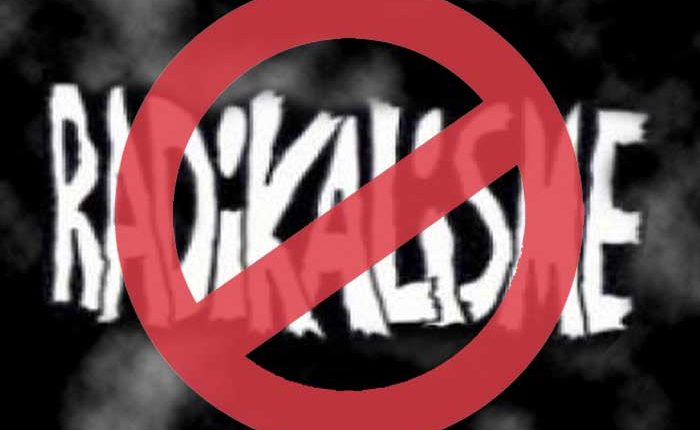 Beware of the Dangers of Radical Understanding

By: Zakaria) *
Various countries in the world struggled to free themselves from the bondage of the spread of radical ideas. This is because not a few of its citizens have disappeared or left the country and their families for the sake of jihad which is understood half-way.

This radical understanding has received a positive response from its adherents because the radical movement’s devotees use the foundation of religion, this allows people who have been contaminated with that understanding will tend to be fanatical and force their religious understanding to be accepted by the public at large and do not rule out the possibility methods of violence are often used because they consider people or groups who are different from the groups and groups considered as enemies that must be destroyed.

People who are exposed to radical ideas will not recognize the sovereignty and ideology of the country where they live. In Indonesia Pancasila clearly rejects all ideas / ideologies related to radicalism. Because this understanding is proven to endanger the Indonesian state.

Radical ideology has invited people to turn their backs to Pancasila, the severity of this radical group is to ratify acts of violence against people considered enemies. They even dared to attack the officers who were guarding the post, at the same level they also terrorized places of worship such as churches.

One of the dangers of radicalism is ignoring the most important message in religion that teaches harmony and maintains peace and order. In Islam, the early principle is swallowed as rahmatan lil ‘alamin. Humans who crave security, safety and peace. Because Islam is revealed as a mercy for all nature.

This means that Islam as the majority religion in Indonesia certainly has an obligation to maintain conduciveness and peace for all Indonesian people with different ethnicities and religions.

So it is not justified if radicals authorize acts of violence that can cause suffering for innocent people.

If this is justified, then the seeds of a culture of violence will continue to emerge, even though it is clear that religion teaches love to fellow human beings.

The next danger of radicalism is that this understanding can trap perpetrators into narrow thoughts in religion. Prophet Muhammad SAW mentioned that people with radical understanding as mustarah minhu. Those who embrace radicalism will not be valued by fellow human beings until their death.

If the spread of radical ideas is not immediately suppressed or handled, of course this understanding will continue to make the Pancasila increasingly eroded because Indonesia is a country that is very diverse in ethnicity and religion.

We cannot close our eyes if there are 39 percent of students who are interested in this misleading understanding. They even dare to say aloud that the khilafah is the solution of all the problems of the nation.

In addition to academics, radicalism is also rumored to have infiltrated civil servants. If this issue is true, of course the inclusion of radical understanding will affect people’s trust in government services.

Because the existence of civil servants who are exposed to radical understanding will tend to prioritize their class or like-minded people. This will certainly slow down bureaucratic and licensing services. The impact of this will affect the investment and the nation’s economy. Though investment is an important part in the development of a country.

Students and ASN are considered as strategic community groups that have the potential to become targets of the spread of radicalism. The government also needs to be aware of the possibility of prospective civil servants exposed to radicalism.

We all must be aware that in religion does not aim to hate fellow human beings with different understandings, in fact learning in religion must be able to strengthen the peace of fellow creatures of God.

Studying religion does not mean to make someone consider Pancasila to be a tag, or make it anti singing the Indonesia Raya song and respect for the red and white flag.

One thing that must be strengthened in protecting the nation from the dangers of radicalism is the strengthening of Pancasila values ​​as an ideology of the state. exposure to the concept of nationalism must continue to be given to all elements of society, so that people have a strong reason not to accept radical understanding.

Regional Head Is Reminded to Quickly Deal With Pandemic Covid-19