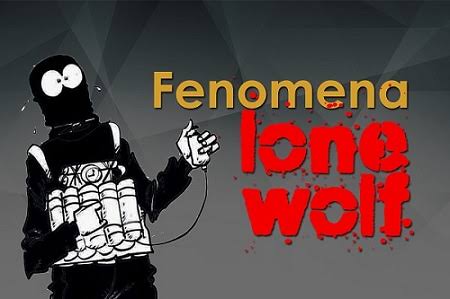 Beware of the Lone Wolf Terror Phenomenon in Indonesia

The lone wolf phenomenon is a state when terrorism moves on its own. For example when someone suddenly becomes a member of the radicals, even though his family is not involved at all. He became a lone wolf and by himself entered the group of his own volition. We must be vigilant so that children do not become members of radicals.

The head of the terrorism studies research center Benny Mamoto stated that to prevent the phenomenal lone wolf , the frontline is the family. If from a young age someone had been taught about the dangers of terrorism and was educated to become a nationalist, then it would not be easily persuaded by radicals. Because you know the difference between radicalism and ordinary mass organizations.

Benny continued that education in the family is very important, because it is the earliest human environment. Then the child as an adult will know what is right and what is wrong. After all, a child would believe his mother’s words. So the mother must also teach nationalism and forbid children to follow the teachings of radicalism.

Aside from being in the family, Benny stated that education in the school and civic environments is very necessary in reducing the phenomenon of lone wolf in Indonesia. So when it has been socialized, the public will understand which ones belong to terrorist groups. When there is a suspicious group, they become responsive and call the authorities to investigate.

To educate about anti-radicalism in schools, teachers can teach students to have a sense of nationalism. By taking him to a museum or hero’s grave park. Students are told about the history of the struggle of the hero. So we know that independence is the result of many parties, not one particular religion.

At school also taught about the need to have a sense of tolerance to others, both to friends of the same religion and those of other religions. Indonesia also consists of many tribes. So students are taught to respect each other with different ethnicities and have different beliefs. They will not be intolerant.

Parents are also required to be aware of children’s behavior at home. Do not let them turn out to be exposed to radicalism from social media and aspire to jihad abroad. Watch your child’s gadget and see its history, to find out what is read on the internet. Also teach children that the teachings of radicalism are actually misleading because they spit violence.

Teachers also have to pay attention to their students. If anyone refuses to respect the red and white flag, then the reason must be asked carefully. Because radicals have indoctrinated their members to be unfaithful to the country they consider unjust. So all are forbidden to salute the flag and attend the ceremony.

If there are students who have already done so, then their background must be seen. Do his parents know that he has entered the radical group? If he enters on his own consciousness, it must be cured with therapy. The subconscious is influenced again that having a sense of nationality is necessary and the radicals are wrong.

This process does take a while, but must be done. So that there are no more young people affected by the lone wolf phenomenon . Maybe they were initially attracted to the invitation of jihad because they felt they were heroes. Or just want to be invited to hate the government because they see a lot of economic inequality around.

Young people who are affected by the lone wolf phenomenon must be considered by the teacher, family, and the surrounding environment. Because if you have been exposed to radicalism, your future will be damaged. Parents are also required to supervise their children and check their activities in the real world and cyberspace, so as not to fall into radical groups.