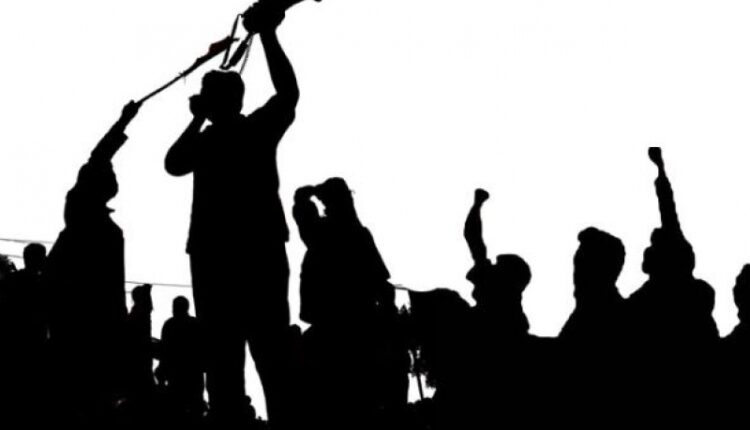 Beware of the Politicization of the Defend Prophet Action Demo

Demonstrations denouncing the statement of the French President took place around the world, including in Indonesia. Nevertheless, the public is urged to remain vigilant on the provocation of the issue of the Defend the Prophet which could potentially be used by the Islamic Defenders Front (FPI) and the Alumni Brotherhood (PA) 212 as a stage to seek sympathy and demand Habib Rizieq’s return to Indonesia.

Some time ago, there was a viral video about Habib Rizieq announcing his plan to return to Indonesia in the near future. He has not been able to return home because of the visa overstay problem.

In the video with a duration of 1 minute and 30 seconds, Habib Rizieq said he would bring his family to Indonesia and said he would continue the struggle.

On a different occasion, Executive Director of the Indonesia Public Institute (IPI) Karyono Wibowo explained that the return of the Front Pembela Islam (FPI) could have an impact on increasing the political temperature in Indonesia.

Karyono said, if HRS returned to their homeland and led the action, there would be parties who hoped to increase political turbulence aimed at shaking the current government.

Meanwhile in Indonesia, the 212 Alumni Brotherhood (PA) will visit the French Embassy in Jakarta to criticize President Emmanuel Macron’s statement which is considered to have insulted Islam and Prophet Muhammad SAW.

Indonesian President Joko Widodo has also said that Indonesia strongly condemns French President Emmanuel Macron’s statements which insult Islam and have hurt the feelings of Muslims around the world.

This was conveyed by President Joko Widodo in his press statement after meeting with a number of leaders of religious organizations in Indonesia to discuss world developments, particularly those related to brotherhood between religious believers.

Jokowi firmly said that freedom of expression which injures honor, sanctity and the sacredness of religious values ​​and symbols cannot at all be justified and must be stopped.

Jokowi also taught the world to prioritize religious unity and tolerance to build a better world.

In this case, we certainly agree that what Macron did was something that was not justified and hurt the feelings of Muslims around the world.

Meanwhile, Deputy Chairman of the Indonesian Ulema Council (MUI) Muhyidin Junaidi has asked the public not to be easily provoked by an invitation to boycott French products.

The appeal has previously appeared in a number of countries in the Middle East such as Saudi Arabia, the United Arab Emirates, Kuwait and Qatar.

Junaidi believes that Indonesia has taken diplomatic steps to respond to Macron’s statement. The aim is that this does not harm the bilateral relations between Indonesia and France in the future

However, Muhyidin still regrets Macron’s statement. This is because a head of state should not issue a statement that has the potential to divide the unity.

On a different occasion, Director of the Indonesian Moderation Network Islah Bahrawi hopes that Muslims can first analyze the statements made by Macron before expressing their opinions or taking further actions.

Islah said, the reaction of Muslims often happened because of talkative behavior. When an issue erupts and rubs against religion, everyone sometimes immediately closes their eyes, without analyzing the actual incident. This is the reason why Muslim militancy has often become a means of fighting for other people’s battles.

Moreover, the call for a boycott could trigger unfair business competition. It is very unfortunate if the issue being ridden is actually an organic issue being twisted into a weapon to attack certain brands or products that can encourage unfair competition.

Moreover, with this call, it would be very unfortunate if the call for a boycott would make Habib Rizieq, who was enjoying his “vacation” in Saudi Arabia, insist on returning to Indonesia.

We all know that the existence of Habib Rizieq will only worsen the political condition of the nation.

Therefore we also have to be careful in using hashtags when playing on social media, it could be that the hashtag is an order hashtag that can be fabricated or an order by certain parties to seek commercial profit.

We have the right to choose or buy any item, but it is unfortunate if we take part in the talk of boycotting products from France, where some of these products absorb Indonesian workers.