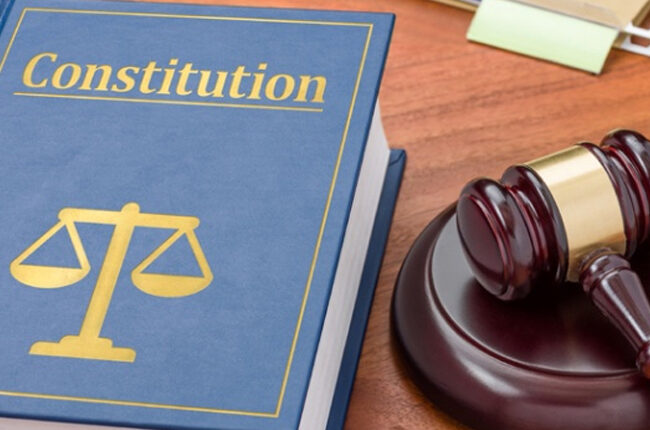 Beware of the Politicization of the HIP bill

The Pancasila Ideology Bills Bill is still a polemic in the community. Even though the president has made it clear that he never condoned it. Some parties consider the government is only trying to delay the inauguration of the HIP Bill. They even slandered that the existence of this bill was the beginning of the rise of communism in Indonesia.

The community is expected not to be provoked by the provocation which can drain the nation’s energy which is currently struggling to deal with Covid-19.

The attitude of several mass organizations that constantly insisted that the Pancasila ideology bow bill be lifted was very tiring. Even though it has been explained that the proposer of this bill is one of the DPR factions, not the president. So he could not revoke it, and also not in accordance with constitutional law.

The issue of the HIP bill apparently has not yet been completed even though president Joko Widodo stated that the government did not approve it. This bill was politicized by several parties, as a place to show that the current government is pro-communism. Because the Pancasila ideology bills do not include the MPRS TAP which prohibits communism in Indonesia.

The existence of the HIP bill that is horrendous because it wants to change the phrase ‘almighty divinity’ to ‘cultured divinity’ is also questionable. The problem is, who proposed this bill? Maybe only BIN can investigate, because they are the experts. Even if it is discovered which DPR faction is the one who proposes, it could be that the error is only one individual, not all members of the faction or party members.

There was a heated rumor that the proposer was a faction from the PDIP party. Since Joko Widodo became president in 2014, the party bearing the bull logo was indeed often attacked by the opposition, because he was one of his cadres. Those who are embittered by the choice of presidential candidates who are not elected as president, eventually always attack the policies of the president and his supporting parties.

PDIP is always seen negatively and is considered as a new model PKI. Even though Megawati, who was the party chairman, became president several years ago, she never changed the principle of Pancasila to be Communist. So this accusation is wrongly addressed and does not match the facts.

Many accused the PDI-P of supporting the communists, because the party was led by descendants of Bung Karno. In the past, Indonesia’s first president was in good relations with countries that embraced communism, such as the Soviet Union and the PRC. Bung Karno did agree with the principle of equality echoed by the communists, so that the fate of the people improved. But he never became an atheist and became pro-communism.

If we examine further in terms of its history, slander about communism has become the hardest tool to subvert a position. When the old order changed into a new order and there was an eradication of the PKI, it turned out that it was the foreigners who were apparently frightened by Bung Karno’s ferocity. At that time he dared to reject a foreign country that could be considered harmful to Indonesia, or wanted to colonize it gently. Therefore, the president must be quickly replaced and the G 30 S PKI events arranged.

The picture of the hammer and sickle that became a symbol of the PKI was considered terrible because people were afraid of a communist awakening. This condition is put to good use by individuals who want to divide the unity of the nation. The flag bearing the hammer and sickle is juxtaposed with the flag bearing the white muzzle bull. So it’s as if PDI-P is a close friend of the PKI. Though clearly it is slander.

The problem of the Pancasila ideology bills became long and wide because there were many parties who “fried them”. This polemic turned into accusations that the administration of President Joko Widodo agreed to communism. Even though he clearly refused the HIP bill to be approved. As the people of Indonesia, we are expected not to be short-tempered and irritable when reading hoax news, when it is narrated that the government is delaying the HIP bill. This bill was not approved and don’t believe it when someone says that the current government is affiliated with the communists.

) * The writer is a contributor of Cikini Press Circle and Students

Beware of Radicalism Through Online Classes