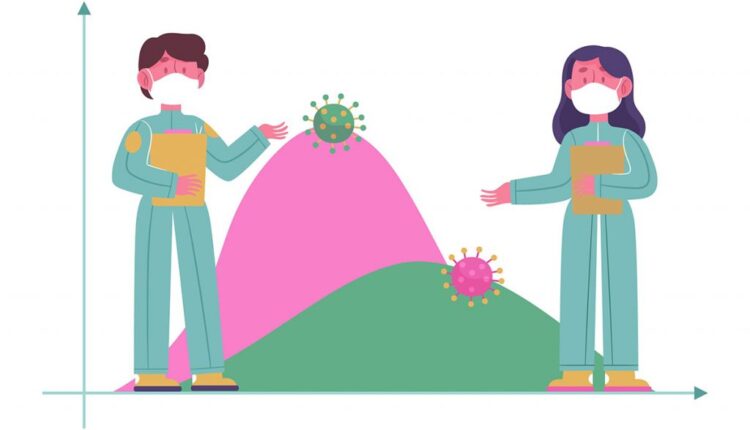 Beware of the Second Wave of Covid-19 Spread

The period of the pandemic has not ended and currently the world’s citizens should be vigilant when there is a potential second wave of corona attacks in Europe. Even in France it was ordered to lockdown for at least 2 weeks. Indonesians must also protect themselves because the covid-19 vaccine has not been officially issued.

The covid-19 virus originating from Wuhan, China, has spread to all parts of the world, including Indonesia. The government has tried to contain the transmission of the corona disease in various ways, by implementing health protocols. Also formed a covid task force team to warn the public about the dangers of this disease.

Now in the country of origin of corona, it has been declared clean, but unfortunately there is a threat of a second wave of disease in Europe. President Jokowi in his speech stated that currently in France, Italy, Spain and Germany there is an increase in the number of corona patients. He reminded all Indonesian citizens to be careful.

The President added that vigilance should be increased even though active cases of corona in Indonesia are relatively low, namely 13.78%. This figure is less than the average active case of corona in the world, which is 25.22%. Low active cases still have to be reduced to 0%, so that the pandemic can end quickly.

Meanwhile, the cure rate in Indonesia is 82.84% and this figure is higher than the corona recovery rate in the world, which is 72%. However, even though active cases of Covid are low and the rate of recovery is quite high, we shouldn’t be complacent. Because there could be a second wave of attacks like the one in Europe.

In France and other European countries, the corona attacks have subsided, no wonder schools and other public places have reopened. But unfortunately after that new cases of Covid-19 were found, either from the habits of the people or the immunity that had not improved. Now France is still in total lockdown.

Even though the European continent is relatively far from Southeast Asia, that does not mean that the corona attack will not happen again. Because the high level of transmission is not from the location of the country, but from the habits and lifestyle of the community. Do they comply with health protocols and comply with other government regulations.

People still have to comply with health protocols such as wearing masks, washing hands, and maintaining distance. All that seems trivial but must be done for our own safety. Don’t think that wearing a mask makes it difficult to breathe, because there are cloth masks or surgical masks that are porous and the wearer can breathe in the air with relief.

Likewise with the habit of washing hands. What needs to change is the people’s mindset. Washing hands only takes less than a minute but can kill germs and viruses. Don’t underestimate washing your hands, because door handles and other objects that are often touched by many people have the potential to carry the Covid-19 virus.

Also stay away from the crowd and remember to keep a minimum distance of 1.5 meters. When queuing at a bank or other public place, do not accidentally sit on a chair marked with a cross, as it is intended to keep your distance. Remember the WHO research that states that corona can be transmitted through the air, so always avoid crowds and don’t sit side by side.

Adhering to health protocols is tiring, but it’s important to do it so we are all corona free. Better to collect masks, hand sanitizers, gloves and other devices. Also avoid social gathering or wedding invitations, which gather large numbers of people. Instead of contracting the corona and dying languishingly.

Indonesia is Optimistic that it Can Pass the Covid-19 Pandemic