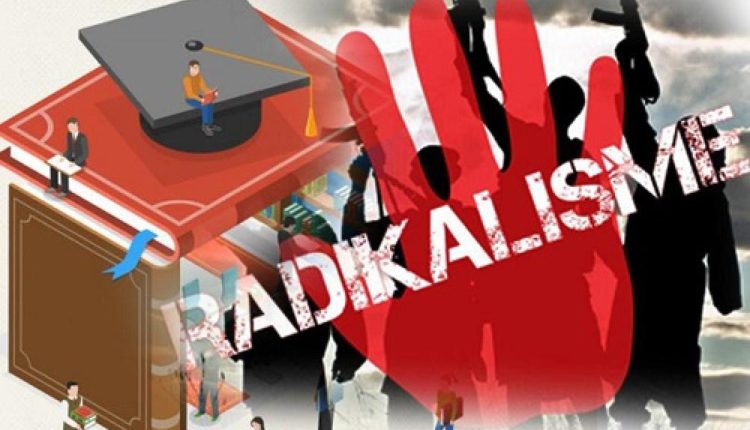 Beware of the Spread of Radicalism in School From Home

Children are the target of radicals because their minds are still innocent. They can be exposed to radicalism from the internet. Especially when school from home, the time to hold the gadget is longer than usual. Parents are obliged to supervise children so they do not get caught up in radicalism content on social media.

During the co-19 pandemic, children had to go to school from home. They work on assignments via WA and listen to the teacher’s teachings via the Zoom application. This condition makes a child who usually can only play HP only 1 hour a day, so using a device more than 6 hours. The good effect, so children can learn even at home. But there are also bad effects.

One of the bad effects of using the device for too long is that children can use it too freely to find radical content on social media. Especially when parents have returned to work in the office and can not accompany them to learn from the morning. Children can be influenced by radical content because they do not know that it is strictly forbidden.
According to Nahar, Deputy for Child Protection, the Ministry of Women’s Empowerment and Child Protection, radicalism and terrorism can be spread via social media, even Google and Youtube. Especially when the content has good visuals. Children can be influenced and believe in the talk of the radicals they find cool.

Parents must be aware of the influence of radicals, because they have been guerrilla through cyberspace. So don’t trust 100% of the children’s activities when accessing the internet. Every now and then, check the history in the HP browser or laptop, so they know that they open anything. Whether searching for knowledge through Google or even reading radical content.
When the child turns out to be reading radical content, don’t be angry. But explain to them why the content is forbidden. Also teach the dangers of radicalism, what kind of chaos they have done so far, and others. Children will know that the radicals are not as sweet as he thought, and jihad is not the way the ninja becomes a hero.

If parents cannot accompany and guide children when school from home because they have to work, then ask their grandmother or aunt to supervise them. So, children will focus on learning, instead of surfing social media and finding radical content. When there are funds, then call the tutor to teach and monitor them, so they don’t get out of control.

What if there are no siblings or tutors accompanying children? Parents can install a CCTV camera and can be monitored through gadgets. Not paranoid, but the proof is that when children are left to learn on their own, especially if they are still in grade 1-3, they tend to play, get bored, and finally open the browser carelessly. Even though there is a lot of radical content.
Children are also taught to have high nationalism. Display photos of the President and his deputy on the wall of the house. Don’t forget to put the red and white flag, not only on August 17, but on another big day. If necessary, hold a flag ceremony in the front yard of the house, when there is a national holiday. Children become emblazoned with a sense of patriotism and nationalism.
Tell the child the history of Indonesian independence and read a picture book about the heroes. So they know that independence is the result of the struggle of heroes from various tribes and religions. If someone invites to form a caliphate state, it certainly cannot, because it is not in accordance with the principles of Pancasila.

Radical infiltration in cyberspace and children can find their artificial content, if not monitored. When children go to school at home, their activities while surfing must be monitored. The goal is that they really learn, not open up radical content and instead aspire to jihad.

The Spread Of Radicalism Very Disturbing