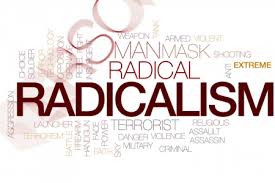 Beware the Spreading of Radicalism among Students

Radicals still continue to look for loopholes to recruit new members. At present they are not focused on acts of violence and bombings, but rather on the act of bringing in new cadres of students. Radicalism in the campus area that targets students is very dangerous because students can help radicals to create bulletins and websites. They can also be threatened by their future because they focus on spreading the teachings of radicalism rather than studying in college.

Students are easy targets of radicals. Why students? Because they tend to be more critical of the government. Young students are still in the stage of searching for identity and can be easily influenced by radicals. Of course with various promises including land lots in heaven, a new government that is just and prosperous, and so on.

Radicals enter the campus area naturally, quietly, to avoid being discovered by lecturers and officials at the University. They approach students who are active in the unit of activity, especially in the religious field. Religious lectures were used as masks, initially discussing peace, but eventually they gave lectures on the atrocities in Gaza, the government which was considered secular, and others. In essence, they invite students to join in hating the government and forming a new country with the khilafiyah system.

On the campus there can also be raids on all student activity units. Because radicals are sometimes determined to enter the UKM and even stay overnight in their headquarters, even though their status is not a student. At the gate of the campus must also be improved guarding, so that only students and lecturers, and administrative and cleaning staff can enter. If there are guests or lecturers from outside, must bring an official assignment letter. All of this was done so that the campus was not missed and it turned out that the students were influenced by radicals.

UK Chancellor Widya Mandira Kupang, Dr. Philipus Tule stated that the campus must be aware of radicalism, because it is very dangerous. To ward off radicalism, lectures should be held on each campus containing the values ​​of Pancasila and also nationalism.

In addition, it can also be taught material about diversity, because Indonesia does not only consist of 1 ethnic group and religion. So this material must be studied so that students grow into someone who is tolerant and does not become a chauvanist. This material also shapes students to become someone who understands that being different is beautiful.

The campus can also hold additional lectures that contain character education. There were also activities carried out by many interfaith students. The goal is that they can get to know each other and foster a sense of tolerance and togetherness. So, later students will grow into personalities with good personalities and not easy to ridicule others who are not of the same religion or are not compatible with it.

As a student it is also imperative to fortify oneself from the influence of radicals. Do not easily believe their seduction that promises the wind of heaven and also various interesting facilities, if you want to enter and become their young cadre. Be careful when there are suspicious activities on campus, so don’t just follow them. Especially if it’s free and instead gives a lot of cakes and material from the filler show. Learn first who is the organizer, sponsor, and event organizer. Is he really competent or turns out to be a sympathizer of the radicals.

Radicalism among students is troubling because they should study diligently and become intelligent scholars. But when he was influenced by the seduction of the radicals, his college might be disbanded and instead chose to jihad abroad and just want to when brainwashed. Beware, do not get the wrong step.

The Community Must Obey Health Protocols in the New Normal Era