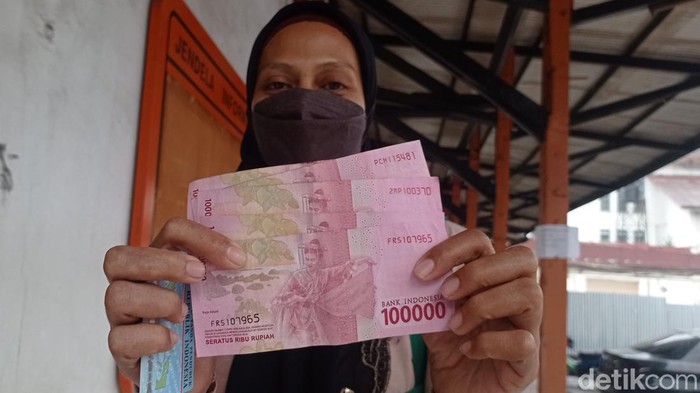 The government has implemented a policy strategy of Direct Cash Assistance (BLT) and Wage Subsidy Assistance (BSU) for Fuel Oil as a formulation to be able to reduce the impact of inflation after the fuel price adjustment made by the state.

The distribution of BLT BBM for 20.65 million affected people was distributed by the government. Not only that, the government is also present among the workers, for which Wage Subsidy Assistance (BSU) has also been prepared for employees whose salaries are less than Rp. 3.5 million per month. In addition, the government also directly instructed local governments to be able to utilize the General Allocation Fund (DAU) to support the transportation sector.

For information, after the official fuel price adjustment was implemented by the Government since September 3, 2022, it then contributed to an increase in the Consumer Price Index (CPI) in the same month to 5.95% on an annual basis. Then, as a result of the rising CPI, inflation rose to 1.17% on a monthly basis in September.

After the fuel price adjustment, the government also issued a policy in order to control inflation, in the form of protection to restrain the CPI slide. The allocation for social protection is prepared in the amount of Rp. 24.17 trillion. The budget for subsidies and compensation has also reached IDR 502 trillion.

The components of the funds above are to support some of these policies, among others, subsidies on increasing public transportation fares and subsidies on transportation costs for commodities, such as eggs, shallots, garlic, and so on. Next, the BLT BBM policy, social assistance for people who really need it, assistance in purchasing raw materials for MSMEs, and BSU.

This increase in inflation has certainly been predicted by the government, so that in order to anticipate further impacts, the central government immediately intensifies synergies to be able to counteract this together with the local government. The reason is that counteracting the surge in CPI will also have an impact on reducing further surges in inflation.

The Minister of Home Affairs, Tito Karnavian, continues to appeal to the Minister of Home Affairs, Tito Karnavian, to accelerate the distribution of social assistance to all local governments. According to him, the local government does have the authority to determine the direction of focus of the distribution of social cushions because the contributor to inflation in each region is different, so it will be much more effective.

Meanwhile, the Coordinating Minister for the Economy, Airlangga Hartarto, also stated that the government and related authorities will continue to strengthen the synergy of policy communication so that inflation expectations can be managed so that they can remain under control.

On the other hand, Deputy Minister of Finance, Suahasil Nazara, said that the government itself was very understanding about the consequences of the fuel price adjustment that was passed, namely inflation. Therefore, the handling of the impact of inflation continues to be intensively carried out. In addition, he also believes in one thing, that in the next few months the inflation rate will soon decline and return to normal levels because the fundamental condition of the Indonesian economy is still quite strong.

The government is very grateful for the condition of the domestic economy which is still quite strong as a result of the impressive performance of real sector activities. However, the challenging global economic conditions are even predicted to experience a recession. Therefore, the government will continue to monitor and monitor the propagation of external pressures, especially the increase in global commodity prices which are transmitted in the form of price increases and domestic inflation. In addition, of course, the government and relevant authorities will continue to strengthen the synergy of policy communication in order to support the management of public inflation expectations so that they remain under control.

One of the inflation reduction formulations as a result of the fuel price adjustment that has been set by the government is to intensify the distribution of BLT and BSU to all affected vulnerable communities. This will be able to support the strength of their purchasing power so as to help prevent the inflation rate from happening too fast.