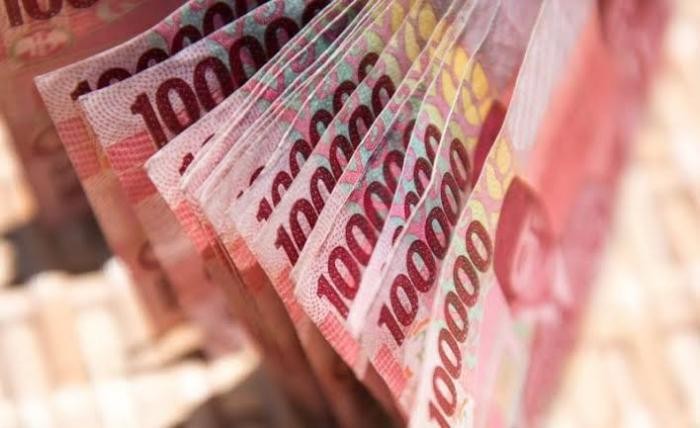 Direct cash assistance (BLT) is considered capable of being a social cushion for the community so that their purchasing power will increase. On the other hand, the BLT program was also able to overcome the inflation that threatened in the midst of adjusting the price of fuel oil (BBM).

The government is encouraged to focus on mitigating the impact of the subsidized fuel price adjustment. The BLT distribution scheme carried out by the government must be made as good as possible so that it is right on target. This is expected to be able to overcome the impact of inflation and can convince investors to invest in Indonesia.

The chairman of PBNU, KH Ahmad Fahrur Rozi, stated that PBNU fully understands the fuel price adjustment policy imposed by the government. This is because the policy must be taken and is in accordance with the principle of the benefit of the people.

KH Ahmad added, however, the government needs to focus on mitigating the impact of the fuel price adjustment. Therefore, Kiai Fahrur Rozi emphasized that there must be an escort so that the distribution of BLT BBM can be guaranteed to be right on target and not fall into the hands of those who are not entitled.

According to him, in Islamic Fiqh, people who may be helped are only those who are less able. So when the government transferred the fuel subsidy to the poor and more entitled, and for the benefit of the people, PBNU fully supported it.

BLT will be very helpful for people whose income is very low. Meanwhile, the transfer of subsidies is also directed to other sectors such as education, health, where the benefits can be felt by everyone. People must start thrifty and wise to prioritize which is more important.

PBNU itself will also be a pioneer in overseeing the running of the government so that the policies implemented do not harm the sustainability of this nation.

He added that PBNU invites the public to protect this country from becoming a failed state. If debt is too large and subsidies are continuously taken out of debt, Indonesia could become bankrupt and become a burden to future generations.

Regarding data validation of BLT BBM recipients, according to him, it is also very important to continue to be sure and monitored. In addition, Gus Fahrur also appealed that the government could involve mass organizations in supervising the distribution of BLT BBM.

In the distribution of social assistance, data validation is very important. The government must also continue to calculate in order to anticipate the impact of the fuel price adjustment. For this, the government can involve religious community organizations (ormas) so that one party does not have a monopoly and can monitor the distribution of BLT so that it is right on target.

On the same occasion, the Director of SKSG University of Indonesia (UI), Athor Subroto stated that the calculation of the BLT BBM had been calculated very well by the government.

The economic team from the government has certainly tried to calculate so that the amount of BLT can help the needs of the community. At least people don’t lose their purchasing power. With the fuel price adjustment, the price of basic needs will also be affected. Therefore, a good calculation and proper distribution of BLT BBM is needed to deal with the risk of inflation that may occur.

The impact of inflation must also be handled from various sides, including the government’s BLT program. This BLT disbursement is expected to be a balancer in times of inflation.

And it is possible that if the BLT distributed can run well according to the target, investors will also have more confidence in investing their capital in Indonesia.

On a different occasion, public policy observer Sirojudin Abbas considered that the government had made significant improvements related to the acceleration of the distribution of BLT BBM. He appreciated the government for improving the quality of BLT BBM distribution, which was much better than the previous BLT Covid.

Abbas also reminded again that the problem of fuel price adjustment does not only occur in Indonesia, but is a global problem and is a situation that cannot be avoided. He hopes that the community can provide support to the government which has been working hard in overcoming the current problem.

The BLT distributed is an effort from the government to prevent social impacts for vulnerable groups, as well as wage subsidy assistance (BSU) for employees and laborers to maintain purchasing power in the midst of rising fuel prices.

The distribution of BLT BBM to the community must also be accompanied by supervision so that the assistance can be directed to people in need. By maintaining people’s purchasing power, the problem of inflation in the country can be overcome.