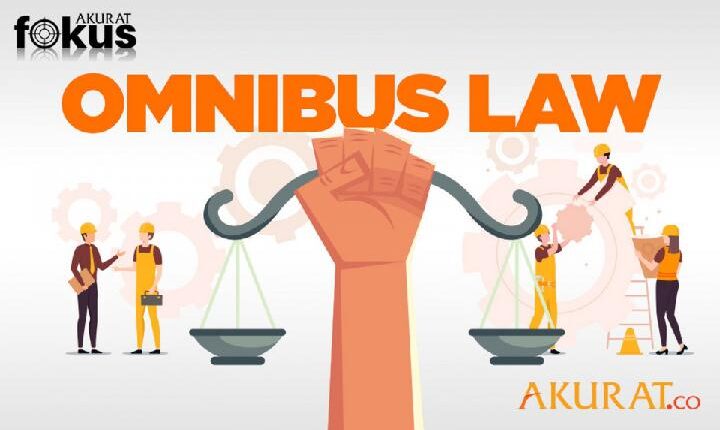 The government has initiated the Omnibus Law Ciptaker as a breakthrough in the regulatory sector. This regulation is considered to have protected workers, including by not eliminating the severance pay mechanism.

The issue of severance pay in the Draft Omnibus Law on Job Creation is quite crucial to discuss. President of the Confederation of Pekerj a S aid Iqbal said the Omnibus Law Bill (the Bill) Copyright Work eliminate severance pay for the workers.

He stated that the draft bill also states that there is no time limit so that work contracts can be carried out for life so that permanent workers will be increasingly scarce.

However, this was denied by the Secretary of the Director General of Industrial Relations (PHI) and Labor Social Security , Ministry of Manpower (Kemnaker) Adriani, saying that severance pay would not be eliminated in the work copyright omnibus law.

The Ministry of Manpower also said that the minimum wage would not be eliminated. Adriani said that the hourly wage the government was discussing was the wage for workers in certain sectors.

Adriani also said that the work copyright omnibus law would not eliminate criminal sanctions for entrepreneurs. According to him, if a businessman violates workers’ rights, this will certainly be processed, starting from administrative sanctions to criminal sanctions.

On a different occasion, member of the DPR RI Baleg from the Golkar Party faction John Kennedy Azis said workers who were laid off still received compensation for layoffs in the form of severance pay, tenure awards, other compensation and adding the Job Loss Guarantee program (JKP).

John emphasized that the Job Creation Bill will not reduce the protection for workers who have been laid off. Even employees who are laid off can get additional benefits besides work accident benefits / JKK, death benefits / JKM, pension benefits / JP and old age security / JHT.

Of course, this benefit only applies to workers registered as participants in the Manpower Social Security Administration (BP Jamsostek).

In addition, the Work Creation Omnibus Law Bill also lists the rules for rewards or bonuses for workers. Interestingly, the regulation states that workers can get a bonus of five times their wages.

However, workers / workers who receive a bonus of five times their wages are only given to those who have worked for 12 years or more.

The regulation is written in article 92 paragraph 1, which in that article aims to improve the welfare of workers and employers.

The Minister of Manpower, Ida Fauziyah, said that for contract workers whose working time is still less than 1 year, they will be given an immediate bonus in the form of one time salary.

Ida also emphasized that this bonus provision regulation will only be applied to large-scale companies. He does not want this scheme to be a burden for small, micro and medium enterprises.

Previously, the Coordinating Minister for Economic Affairs Airlangga Hartarto said the government’s work copyright bill stipulated that employers were obliged to provide a bonus for workers who had worked for at least 1 year at 5 times the wages.

Previously, we need to know that the DPR and the Confederation of Workers or Labor Unions in the drafting team of the Job Creation Bill have produced several understandings in addressing the bill.

Waki l Chairman of the Legislative Body (Baleg) Parliament Willy Aditya said, related to the substance of cluster employment, Employment Copyright bill that has been there a Constitutional Court decision should be based on the decision of the Court.

These decisions include, among others, work agreements for a certain period of time, wages, severance pay, employment relations, layoffs, industrial relations dispute settlement, social security and other material related to the Constitutional Court decision.

Furthermore, with regard to labor relations that are more adaptable to industrial development, the regulations can be included in the Job Creation Bill and be open to public input. Later, the factions will include the material points submitted by the trade unions / labor unions into the Problem Inventory List (DIM).

Regulatory updates are of course needed, including severance pay or bonuses for laborers / workers. The government has also opened space for dialogue so that an agreement can emerge in formulating the Manpower Bill .

Beware of OUR Maneuvers Ahead of the 2020 Pilkada