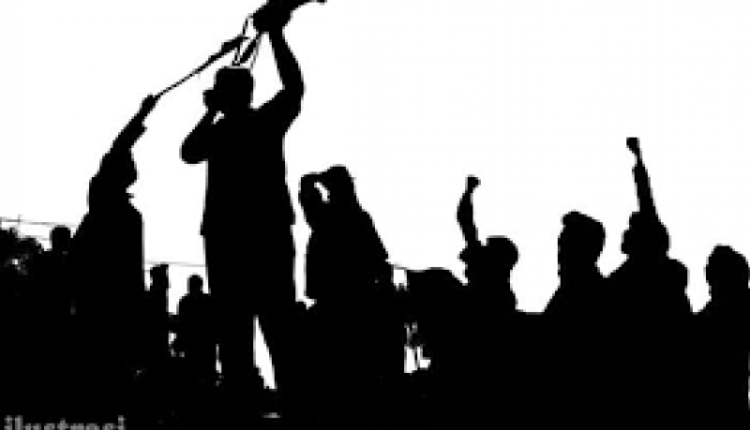 Rioting demonstrations in Sorong and Manokwari rocked the Cendrawasih Earth region on November 27, 2020. They demanded that Papua be independent from Indonesia. The crowd started to become violent and pelted Brimob members with stones and bottles. This demonstration is very regrettable because why some are still pro with the separatists.

The OPM is a separatist group that always wants to free Papua. They use various means, ranging from violence by sending armed criminal groups, to carrying out provocations in cyberspace. Approaching the OPM’s 1st December anniversary, they again intensified their action to defect from the Republic of Indonesia.

A group of pro-OPM elements also supported by holding demonstrations in Sorong and Manokwari. This activity was carried out because they demanded Papuan independence while flying the Morning Star flag. They rallied while shouting and conveying their aspirations which unfortunately were wrong.

At that event there was a riot, because the demonstrators did not accept it when their protest was controlled by the authorities. A total of 2 members of the West Papua Regional Police Mobile Brigade were injured due to stones being thrown by the demonstrators, so that the security forces were forced to release tear gas. The situation was getting worse because they threw everything from bottles to stones to fight back.

West Papua Police Public Relations Head AKBP Adam Erwindi said that 36 people were arrested after the demonstration. They were put in order because they held a demonstration without permission. The protesters also violated Article 6 of Law 9/1998, for obstructing other people on the streets and disturbing public order.

Demonstrations like this do occur every December 1. The masses who are OPM sympathizers have always demanded independence for Papua. Then invite others to join the separatists and establish the Federal Republic of West Papua. Even though the state is not legal because there is no such thing as a state within the state.

The demonstrators also turned a blind eye to the progress of Papua. It is clear that Bumi Cendrawasih has been prosperous by the central government, thanks to the special autonomy program. There is rapid infrastructure development so that the Papua region becomes modern. There are also scholarships to make Papuans smarter.

The arrest of these separatist protesters should be looked at carefully. Don’t even have other countries that support Papuan independence, even though they have no right to interfere in Indonesia’s internal affairs. The affairs of Papua are indeed a bit complicated, so that it has attracted the attention of the international community.

The public is also obliged to be aware of the news circulating, especially in the social media. Because it could be that after this a hoax emerged that the Indonesian government did not allow its people to convey their aspirations. Even though it is only fake news made by OPM, which is deliberately made to make them play the victim and blame the government.

If there are separatists who demonstrate, it is very natural to be arrested. Moreover, they rallied while flying the Morning Star flag. The protesters are proven not to love the Republic of Indonesia, so a sentence awaits them. This is not a violation of human rights, but an important lesson so that every Indonesian citizen loves his country and does not want to join the separatists.

The authorities are increasingly vigilant in guarding Papua, because the seconds before December 1 are always thrilling. The community is also asked to work together. Do not even deliberately fly the Morning Star flag on that date, because it is tantamount to betraying the sovereignty of the Republic of Indonesia.

The demonstration demanding Papuan independence is very unfortunate because the majority of the indigenous people there already love the Republic of Indonesia. They did not want to be invited to join the OPM even though they were afraid of the KKB. Papua is very special in the hearts of the government and the people of Cendrawasih Earth are proud to be part of Indonesia. No one else should protest and invite others to defect.