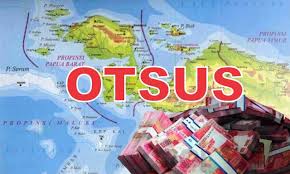 By: Rebecca Marian) *
The special autonomy (otsus) for Papua, which will be extended in 2021, is strongly supported by community leaders. They feel that this program is very useful, because there is progress on the Earth of Cendrawasih in the fields of economy and infrastructure. In addition, special autonomy is also distributed for scholarships, so that Papuan children are getting smarter.
President Jokowi since taking office in 2014 (first term) has had great concern for the Papuan people, even being noted as the head of state who has visited the Earth of Cendrawasih the most. He really wants there to be equitable development in both western and eastern Indonesia. So that they want to advance the Papua region.
One of the steps taken by the government to modernize Papua is with special autonomy. This program was started in 2001 and lasted for 20 years, ending in 2021. Otsus will be extended, and all community leaders in Bumi Cendrawasih agree, because they feel the benefits.
Simon Kossay, Head of the Rukun Keluarga Tribe in the Central Mountains in Keerom, stated that he and the 12 Central Mountain tribes in the RKPT forum agreed to extend the autonomy volume 2. Because the Papuan people need accelerated development, initiated by the central government. They also appreciated President Jokowi who often visited Papua.
Simon continued, there is an evaluation on volume 2. Hopefully in this period, development will be carried out to remote areas of Papua. In that sense, there is no disparity between progress in Jayapura and in Yakuhimo. In addition, Simon also hopes that the special autonomy evaluation stipulates that officials at the village level should be native Papuans, so this program gives priority to OAP (indigenous Papuans).
Indeed, in Special Autonomy volume 1, the Governor and Deputy Governor must be native Papuans. Currently, Lukas Enembe is the Governor of Papua and Dominggus Mandacan is the Governor of West Papua. They are the sons of Papua. However, community leaders hope that the officials under him will also come from Papua.
Support from community leaders in Papua shows that this program is successful, because it advances the region there. So that the tribal chiefs and their people agree on volume 2. They are happy because thanks to Otsus, there are a number of infrastructures being built. For example, Youtefa Bridge, Sentani International Airport, Trans Papua Road, etc.
In addition, Otsus is considered successful because it is beneficial in the health sector. A number of hospitals and Puskesmas were built with special autonomy funds, not only in Jayapura but to remote areas. The hospital and health center are equipped with complete medical equipment. Also doctors, midwives, and other health workers who are reliable. So that the Papuan people who seek treatment or are hospitalized can quickly recover.
Special autonomy is also very beneficial for the people of Papua, especially children. They get scholarships so they can continue their studies from elementary to tertiary level. Smart Papuan sons can also apply for scholarships to universities abroad, and show that they are not synonymous with backwardness.
After graduating from college, the alumni of the Special Autonomy Scholarship can devote themselves to their hometowns and become teachers. There are also those who excel and are appointed as civil servants. Their lives have improved because they have jobs that have a decent salary. So that it can break the chain of poverty there.
Special autonomy is very beneficial for Papuans. Therefore, community leaders agreed to extend the special autonomy in 2021, because there were various advances in Cendrawasih Earth. Papuan people can not only enjoy infrastructure and ease of mobility, but also receive scholarships, health facilities, and others.