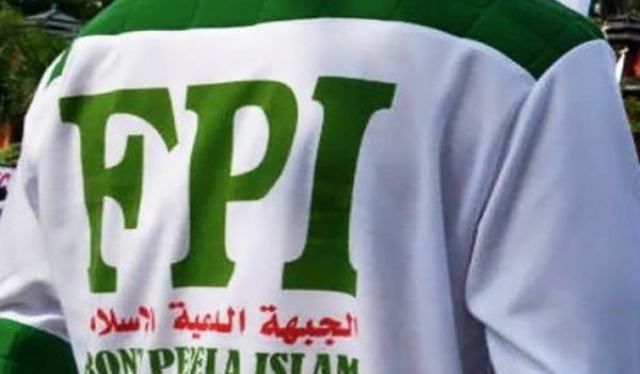 People are tired of FPI’s behavior which is often out of bounds. They openly allude to the issue of SARA and attack others with hate speech. Their controversy caused this mass organization to be disbanded. Because it always causes trouble and disturbs the public.

FPI is a mass organization that claims to be the defender of the people. But unfortunately, the way they did was too much, even despicable. When there are cases that have offended the ummah, instead of being resolved with peace, they are instead responded to by calls for extreme jihad. Even allowing its members to commit criminal acts.

On 7 December 2020 in the morning there were 10 paramilitary troops affiliated with FPI. They carried sharp weapons such as sickles and so on, and then dared to attack the officers on guard. This attack was allegedly related to the summoning of FPI commander Habib Rizieq Shihab on that day, because of the case of organizing crowd events during the pandemic.

The community feels sad because those who are supposed to defend the ummah have even attacked the authorities. This event is not for the first time. They also often do sweeping, especially during the month of Ramadan. A number of restaurants were raided and forced to close, even though those in them may not be fasting because they are non-Muslims.

The FPI has also been criticized for using profanity. Especially when their commander speaks. On stage, he instead indulged in rough diction, and didn’t filter it first. The action was not stopped, it was recorded and disseminated. However, Youtube immediately deleted it because it contained negative content.

Apart from that, FPI also raised the issue of SARA. Peace between people in Indonesia was damaged and they deliberately divided, with the aim of attacking certain parties. So it is troubling for the multi-religious and multi-cultural Indonesian society. They do not uphold Pancasila and Bhinneka Tunggal Ika.

Therefore, if the Pangdam Jaya proposes to dissolve FPI, it is very acceptable for the community. Because they always make trouble and destroy peace in Indonesia. He said the front was defending the people, but instead they acted like thugs. By carrying sharp weapons and acting anarchist, as well as carrying out sweeping at will.

In fact, if there is a sweeping, the authorities and Satpol PP are entitled to do so. But they went beyond their limits by shutting down other people’s businesses and committing acts of violence. They argue that they have to uphold the truth. Even though the prophet himself never preached by force, he was always gentle and patient.

Actually, the dissolution of FPI is okay. Because the mass organization permit was never extended by the Minister of Home Affairs, Tito Karnavian. So that he has an illegal status and may be removed from Indonesia. If he holds an event and it turns out to be disbanded, then he shouldn’t be angry. Because the permit was rejected by the government.

Not only in Indonesia. In Saudi itself, groups of mass organizations dressed like the FPI in 1979 have committed riots. They even dared to take over the Grand Mosque, even though it was the pilgrimage season. Then he took the role of Imam Muhammad Abdullah Al-Qahtani as Imam Mahdi, who is said to be the high priest of Muslims.

Finally they were killed by the special forces, namely the Royal Command Troops. Then the leading leader was executed, while the crooks were languishing in jail. This punishment was deemed appropriate because they messed up and embarrassed the Kingdom of Saudi Arabia, even though there were many guests from other countries.

So, when FPI was dissolved, it was actually okay. Because in a desert country alone rejects mass organizations like that. But unfortunately when they were put in order, what appeared was the drama playing victim. They argued that the government was criminalizing ulama. Even though the guilty party is the person.

The public was even grateful for the discourse on disbanding FPI. Because they always messed up and dissolved peace in Indonesia, and brought up the issue of SARA. They insisted on establishing a caliphate state, even though since independence Indonesia was a Pancasila state and could not be contested.

Adhere to Health Protocols during Pilkada