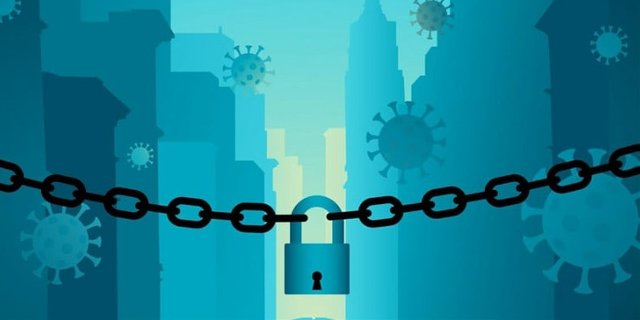 The enactment of micro-scale Community Activity Restrictions (PPKM) was again extended for 14 days from April 20 to May 3. This implementation has received public support because it is an attempt by the government to reduce the rate of transmission of Covid-19 in Indonesia.

In the sixth PPKM Micro Scale, the government has expanded the area that imposes activity restrictions to 25 provinces.

Chairman of the Committee for Handling Covid-19 and national economic recovery (KPC-PEN) Airlangga Hartarto said, based on the results of the evaluation, continuing the extension of the micro PPKM, namely the sixth stage from April 20 to May 3, 2021.

In implementing this policy, the government has also expanded the coverage area. Where there are five new provinces that implement micro PPKM volume 6, namely West Sumatra, Jambi, Bangka Belitung, Lampung and West Kalimantan.

The government also hopes that this policy can further reduce the rate of transmission of Covid-19. Airlangga also claimed that during the Covid-19 pandemic in the country, it had shown improvement, namely by a decrease in US cash .

Airlangga also said that active cases of Covid-19 in Indonesia as of April 18 amounted to 6.6 percent, a decrease compared to last February which reached 16 percent.

The average bed occupancy rate for Covid-19 patients in hospitals is 34-35 percent, not more than 60 percent.

On a different occasion, Minister of Health (Menkes) Budi Gunadi Sadikin appealed to all people to continue to guard themselves by remaining vigilant and disciplined in implementing health protocols. The Minister of Health also asked the community to obey PPKM regulations.

Although the micro- scale PPKM policy and mass vaccination program have been able to reduce the rate of transmission of Covid-19 confirmed cases and the level of hospital filling in Indonesia.

He said, if the health protocol and the PPKM micro regulations were enforced in a disciplined manner, it is hoped that during the month of Ramadan until Eid Al-Fitr, the spread of Covid-19 can still be optimally suppressed.

Of course we don’t want Indonesia to experience something like India where currently confirmed cases are very high. The Minister of Health explained that what happened in India was caused by virus mutations and people who were starting to become complacent about the implementation of health protocols.

On different occasions, the Provincial Government (Pemprov) of Banten has officially extended the enforcement of restrictions on micro-scale community activities (PPKM) in all districts / cities in Banten until 18 May 2021. This is stated in the Governor of Banten Decree Number 443 / kep.97-Huk / 2021.

The Governor of Banten, Wahidin Halim, assessed that the extension of the PPKM mik ro was carried out to reduce the spread of Covid-19, especially during the celebration of Eid Al-Fitr in mid-May 2021.

Wahidin admitted that his party would continue to conduct evaluations every week in which coordination with the police and the TNI would continue. In addition, he also asked the Regent / Mayor to regulate the micro-based PPKM to the RT and RW levels, especially during the Lebaran celebration tomorrow, so that in the Eid season, the spread of Covid-19 will not be high.

If the current condition is not a pandemic, of course going home is useful for maintaining friendship. But because the pandemic has not ended, going home is considered to have many disadvantages for homecoming and the families visited in their hometowns.

This enforcement will of course limit mass transportation activities, whether land, sea or air. Of course we have to refrain from going home this year. This step must be pursued for the benefit of all, so that as a substitute for going home, of course we can replace it by conducting online or virtual gatherings.

MayDay Warnings No Need to Get Down the Street