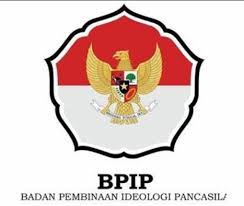 Pancasila is a single, final ideology . The community was looking forward to the legal umbrella of planting idelologi Pancasila ideology as the number of foreign intervention that much into Indonesia.

The HIP Bill will be replaced by the Pancasila Ideology Development Agency Bill (RUU BPIP). This was disclosed by Deputy Speaker of the DPR, Sufmi Dasco Ahmad. However, the replacement mechanism will only be implemented when the DPR reopens the session period after the recess.

Dasco also said that the substance between the HIP Bill and the BPIP Bill itself was different. Where the BPIP Bill contains only rules about the BPIP institution to strengthen and socialize the final Pancasila.

The Coordinating Minister for Political, Legal and Security Affairs (Menko Polhukam) Mahfud MD said that his party opened a space for people who wanted to discuss and criticize it, this was an open document and could be seen by the public.

At the DPR, the government delegation was received by the Chairman of the Indonesian House of Representatives, Puan Maharani, along with other Deputy Chairmen of the DPR, Aziz Syamsuddin, Rachmad Gobel and Dufmi Dasco Ahmad. The former Chief Justice of the Constitutional Court came with three documents to be submitted to the DPR leadership.

One official letter document from the President for the Chairman of the DPR, as well as two attachments related to the BPIP Bill. He said that the Problem Inventory List (DIM) of the BPIP Bill made by the government was in accordance with the public response regarding the Pancasila ideology.

According to Mahfud, this BPIP bill was read out by President Soekarno on August 18 1945, namely Pancasila which is now contained in the opening with five precepts. The point is still in a unity of meaning and a breath of understanding.

Former Head of BPIP Yudi Latief said Pancasila cannot be directed to multiple interpretations. If that is done then there will be potential for mispresception.

He also said that Pancasila has actually been fully maintained and implemented by the community itself. This means that the values ​​contained in Pancasila have never faded and damaged the state.

Although there are different understandings in society, he believes that the Pancasila imagination is still inherent. Currently, it is only necessary to strengthen the implementation of Pancasila values ​​in society.

On a different occasion, the Regional Management (PD) XIII of the Young Generation of the Communication Forum for Retired Boys and Girls and Men and Women of the Indonesian National Police (GM FKPPI) of East Java stated that their readiness was to oversee the discussion of the Pancasila Ideology Development Board Bill (RUU BPIP). President Joko Widodo’s letter regarding the BPIP Bill has been submitted to the Indonesian Parliament, which indicates that it will continue to be discussed.

R. Agoes Soerjanto as Chairperson of PD XIII GM FKPPI East Java hopes that the BPIP Bill, which has now been officially discussed in the DPR RI, is no longer a problem with certain parties. Moreover, to trigger pros and cons. Because, according to him, the BPIP Bill is substantially different from the HIP Bill.

Agoes believes, if the BPIP Bill is passed, there will be a firm legal reference or legality of BPIP. Where Indonesia currently has a BPIP that was formed based on Presidential Regulation No. 7 of 2018 by President Joko Widodo.

Agoes also said that GM FKPPI who represented the younger generation really needed this BPIP Bill. Because the BPIP Bill is a legal reference for the guidance and practice of Pancasila so that it can actually be implemented and implemented in social life. And it is expected to become the standard of community culture.

The BPIP Bill is expected to be able to strengthen the Pancasila ideology, so that this nation will not be easily influenced by ideologies that are against Pancasila.

Government Seeks the Prosperity of the Papuan People