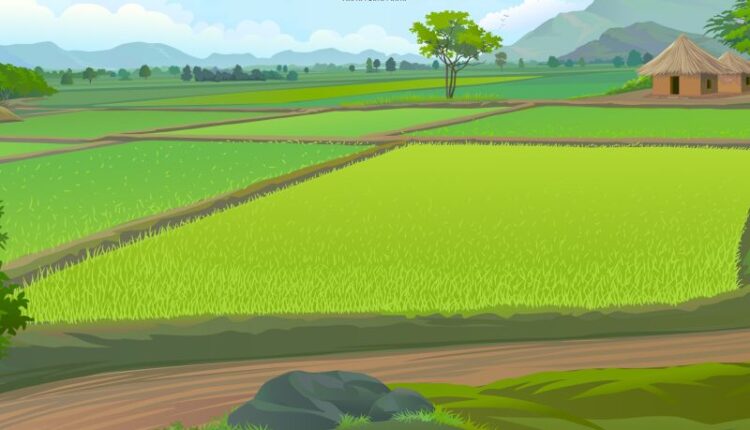 President Joko Widodo continues to oversee the development of food barns in several regions in Indonesia. The community supports l angkah it as an attempt by concrete in achieving national food security.

Food storage is a food reserve institution in rural areas, which plays a role in overcoming food insecurity in the community. The food granary has existed in line with the rice culture and is part of the community food reserve system.

Minister of Agriculture Syahrul Yasin Limpo said there are 7 private companies that are ready to invest to support the development of a food estate area or special horticultural food barn in Humbang Hasundutan Regency, North Sumatra.

During his visit to accompany President Jokowi to Humbahas Regency, the Minister of Agriculture explained that this food estate project aims to build an integrated horticultural area that is competitive, environmentally friendly and modern, encourages synergy with stakeholders, and encourages the formation of a corporate-based farmer institution.

Of the total area that has been prepared around 1,000 hectares, the Ministry of Agriculture stated that the area under cultivation is 215 hectares.

The Minister of Agriculture said that the development of the area in North Sumatra was carried out with an upstream-downstream industrial model including post-harvest, then a marketplace would be created like a modern market to absorb farmers’ products.

The Ministry of Agriculture will also increase the capacity of farmers by assisting the Farmer Economic Institution (KEP) for the development of horticultural commodities and the preparation of quality horticultural seeds.

He said the right scheme to drive this food estate agribusiness is a partnership corporation between farmers and investors. Farmers as human resources who are here are land owners, as well as productive labor.

According to him, there are many targets to be achieved from this food estate development , not only increasing the planting area and production of onions, garlic and potatoes.

The development of a horticultural food estate also aims to strengthen cooperation and synergy between farmers and related stakeholders, as well as increase the capacity of farmers to form farmer economic institutions.

However, Prihasto assessed that many farmers experience limited capital. Of course, this problem must be overcome, one of which is to involve KUR.

Chairman of HGI, Professor Supiandi Sabiham, stated that from a study conducted by IPB, there would be a deficit in rice production of 2.2 million tons, this figure is equivalent to 709,000 hectares by the end of 2020. Therefore, he supports the development of food estates in order to maintain food security.

Based on HGI observations, the food estate development area in the former Central Kalimantan PLG is recorded as 418,000 hectares, including 30,000 hectares of existing rice fields, in the form of mineral soils and thin peat.

According to Supiandi, the available land which is still large enough for food estate development is indeed swamps, but not all swamps are peat because some are in the form of mineral soil swamps.

HGI also provided notes related to food estate development in Central Kalimantan, among others, the existence of a food estate must be done in a participatory manner.

If there must be land extensification, then there must be directed towards degraded and neglected forests with a precautionary principle, besides that it is also necessary to formally involve universities as assistants.

It should also be noted that the location being developed for the Food Estate is a former Peatland Project, however, not all of the 1.4 million hectares of ex PLG will be developed as a food estate.

Potential locations are those that have built 164,598 hectares of irrigation with a functional area of ​​85,456 hectares.

Of course, food estate will be very beneficial for Indonesia in the future. The existence of this food barn is expected to be able to meet the food needs of the Indonesian people.

Beware of the Covid Cluster During the Holiday Season