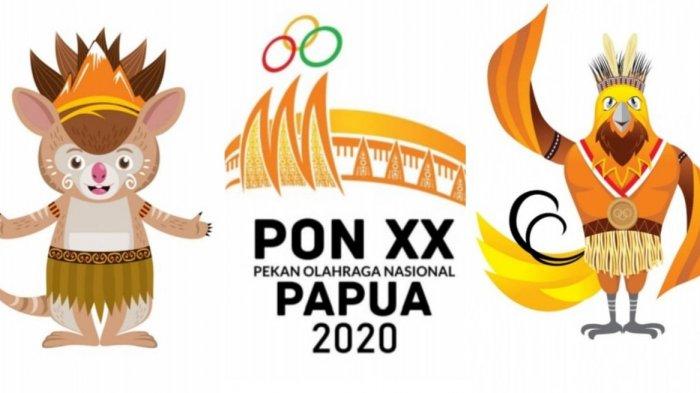 The proposal to postpone the PON 2020 Papua actually came from various parties, such as the Commission X DPR RI and the Central and Regional Council, after considering the current conditions that are currently developing.

Apart from PON, the Tokyo Olympics should also be postponed, which is supposed to be scheduled for 24 July to 9 August 2020. However, in March 2020, the Japanese government and the International Olympic Committee (IOC) decided to postpone it.

This step was taken for safety reasons because the Coro na virus (Covid-19) pandemic did not experience a decrease in cases, the Tokyo Olympics was finally postponed until 2021. The plan was for the Tokyo Olympics to be held on July 23 to August 8, 2021. This has become the case. the first time in its 124-year history that the Olympics had to be postponed the following year.

For Japan, the postponement was a major blow, because the Land of the Rising Sun was very much ready to stage what might become the most magnificent Olympic event and monument al.

The PON Papua Grand Committee (PB) ensures readiness to hold the largest multi-branch sports championship in Indonesia in 2021. The committee has also prepared a tagline “torang can” for the preparation of PON Papua.

Based on official information received by the media in Jakarta, on January 1, 2021, to coincide with 300 days before the 2021 PON, PB PON also held a Papua Light Festival which was held simultaneously with the turn of 2020 to 2021 virtually. According to the head of the PB PON Nasional, Yunus Wonda, the event was a sign of Papua’s readiness to hold this multi-branch sporting event.

For the Papua Light Festival which is broadcast virtually, Yunus Wonda said that this activity would be the first because besides being practiced virtually , it is also a unique and out of the box set of venues ,  and of course offers natural wealth in Papua.

The enthusiasm of the public watching this streaming program can be seen from the positive response through comments that provide enthusiasm and support for PON XX Papua 202 1, especially appreciation for Papua which provides interesting content.

Meanwhile, the tagline torang can! is an expression of enthusiasm which is reflected in the ability of the Papua PON Committee to adapt to pandemic conditions. Every activity will always prioritize strict health protocols.

Previously, PB PON also tried to make multi-event sports in Papua possible with spectators. But they also prepare regulations for the worst possibility.

Where PON in 2021 will compete for 37 sports, KONI Pusat had suggested that the multi-branch event would roll out without spectators.

This is inseparable from the conditions of the Covid-19 pandemic which are increasingly experiencing an increase in cases. PB PON XX Papua responded to the proposal by preparing regulatory options.

PB PON also promised to maximize broadcasting as a measure to anticipate this possibility. Even though the finalization of whether there were spectators at PON was affected by the decision of the Indonesian President Joko Widodo.

PON in Papua has its own meaning for sports athletes (cabor) having a special stadium.

Since being competed at PON 1977 in Jakarta, the billiard field has never been competed in a special billiard stadium. Usually the billiard sport is held in places that are conjured up so that they can accommodate a pool table for various game numbers.

In fact, in the SEA GAMES level billiard matches in 1987, 1997 and 2011 which were held in Indonesia, the billiard sport never really felt the aura of the host .

The Secretary General of the PB Billiard Sports Association throughout Indonesia (POBSI), Robby Suarly, cannot hide his excitement over the construction of a special billiard stadium in Papua.

The facilities in the billiard stadium are also equipped with space for heating athletes covering an area of ​​8 x 32 meters. In the room, 2 pool tables, 1 snooker table and 1 Carom table have been prepared, complete with athletes’ rest rooms.

PON XX Papua is an event that is awaited by the community, especially the Papuan people who feel proud that the land of Cenderawasih will host a prestigious event that has given birth to various supporting facilities that Papuans can enjoy.

Spokesman from Ministry of Trade : The Government’s Efforts to Export in the Middle of a Pandemic Need Private Support