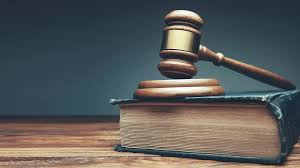 Controversial Article is not Exist in the BPIP Bill

The Bill on Pancasila Ideology Guidance Board (RUU BPIP) is a legal umbrella so that the planting of Pancasila can be strengthened. The public also believes there is no controversial article in the BPIP Bill.

The product of the law is a non-negotiable requirement to strengthen the formation and dissemination of Pancasila. Even so, the drafters of the law also need to consider carefully the contents of the Act so that it will not be problematic in the future so that it will be sued through the Constitutional Court (MK).

Karyono Wibowo as a political observer from the Indonesian Public Institute (IPI), Karyono Wibowo considered that the draft of the BPIP Pancasila Ideology Development Board (RUU) proposed by the government at this time still had the opportunity to be submitted even though it was very weak the MK could be granted.

The BPIP Bill is a technical one that regulates into, fostering and values ​​of Pancasila in the life of the nation and state. The task was handed over to a body called BPIP.

He also saw controversial articles and issues that were no longer included in the new BPIP Bill. For example, related to issues raised by the public, such as the exclusion of MPRS Decree Number 25 of 1966 concerning the prohibition of communism, Leninism and Marxism, has now been included in the BPIP Bill in the consideration section.

Likewise, the controversial articles related to the inclusion of trisila and ekasila which are mentioned as the main joints of the Pancasila are not written in the BPIP Bill. In addition, the discussion on the HIP Bill is broader, in which the articles cover many things, while the BPIP Bill is simpler and denser.

The presence of a very fundamental bill and the need for the nation to strengthen and ground the values ​​of the Pancasila should not open space for certain groups to cancel the law. Though this is very fundamental.

Therefore, according to him, to minimize public resistance, public openness is needed. He also suggested the need for public openness. He also suggested that this draft bill be opened to the public so that the public would know the contents of the BPIP Bill and be able to provide input for the bill while eliminating suspicions that were not necessary.

Another thing that according to Karyono needs to be considered is the issue of political dynamics in parliament during the BPIP Bill drafting process. Moreover, this BPIP Bill has accommodated and absorbed the people’s aspirations.

At present it is just how to anticipate the political process in the DPR. The question arises, if the BPIP Bill already accommodates the aspirations of the people, then what else needs to be debated?

However, Karyono also realized that the formation of a bill to become a law was a political process so that the dynamics in the discussion of the bill in parliament could not be avoided.

One thing to note is that there is an impression of the inconsistency of the factions in the DPR that they conveyed in official forum meetings which often differed in the final results. This is also influenced by criticism from the public that drives the party’s attitude to be inconsistent.

We need to understand that the drafting of the BPIP Bill should also be aimed at the realization of the national education system, science and technology development of national research and innovation as the basis for the preparation of the implementation of national development in all fields, including centers and regions that are guided by Pancasila values.

Jamal Wiwoho, who is the Chancellor of UNS, considers that the BPIP Bill is expected not to regulate the interpretation of the basic values ​​of the Pancasila philosophy in norms of the Act. Because, according to him Pancasila is the source of all sources of law that cannot be put into law, but instead is in the 1945 Constitution.

He also considered, that this bill should also be aimed at the realization of a political system, democracy, national law and foreign policy that is free and active based on Pancasila values.

Therefore the Pancasila-based legal system should be strengthened so that this ideology is not affected by the conflict of ideas of liberalism and Marxism and the influence of colonialism which is anti-nationalism.