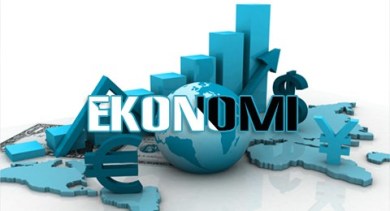 Indonesia officially holds the mandate as the 2022 G20 Presidency for the first time. Since the stipulation, Indonesia has immediately accelerated preparations for the 21st G20 Summit which will be held in Nusa Dua Bali on November 15-16.

“There is an opportunity for Indonesia to introduce not only Indonesia’s economy and progress, but also Indonesia’s view of the uncertainty of the world economy in entering the recovery phase,” said Hendri.

Not only encouraging G20 countries to have a common understanding in economic recovery, Hendri added that this event should encourage developed countries to provide flexibility for each country to choose the best policies, both globally and for domestic interests.

“For example, an agreement to enter a greener world economy does not mean having to agree on policies, roadmaps or technology choices. Because every G20 country has different economic, social, political structures, and so on,” said Hendri.

Therefore, Hendri said, encouraging the understanding of countries at the G20 Summit is one of the most important things.

He also hopes that the implementation that has been carried out by the government in the past year will run smoothly and can close the mandate as the G20 Presidency by giving a positive impression as the host of the 21st G20 Summit Summit.

“Besides that, it is also able to promote the economic potential for industry and trade in Indonesia, so that developed countries are willing to invest in Indonesia,” he hoped.

Hendri also advised all Indonesian people to see the positive side of holding the G20 Summit. The public can contribute their thoughts and support, and most importantly provide input to the government.

“Because basically the homework left from the meeting is much more important so that Indonesia gets greater and long-term benefits for more inclusive progress,” concluded Hendri.

The Minister of Finance, Sri Mulyani also conveyed the same thing. He believes that the G20 forum that will be held later can bring hope as well as navigation when a crisis occurs.

“We believe the G20 can be a very positive signal of hope, especially in times of crisis. That belief is based on historical facts when the G20 was able to overcome the global financial crisis,” said Sri Mulyani.

He also said that as the host, Indonesia will continue to strive to continue to transmit the spirit of cooperation, collaboration, and mutual consensus that is beneficial. “We are doing this in order to find solutions to overcome global issues in the context of a multilateral spirit,” he said.

Supporting the Acceleration of Completion of the Luke Enembe Case